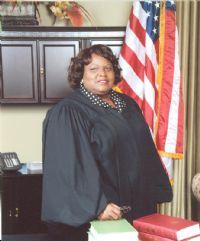 BATON ROUGE, La. (Legal Newsline) - The Louisiana Supreme Court has ruled Justice Bernette Johnson has more seniority than a colleague and should be the next chief justice.

The opinion, released Tuesday, said there is no difference between elected and appointed service, giving Johnson the edge over Justice Jeffrey Victory. The two were hoping to replace Chief Justice Kitty Kimball.

"Now that this court is faced with the question of which of two justices, who have long served on this court, should become its next chief justice, the Louisiana
Constitution compels that Justice Johnson's chronologically longer service be given effect," the court's opinion states.

The Times-Picayune reported that Gov. Bobby Jindal will drop his appeal of a federal court decision that came to the same conclusion. Jindal, a Republican, said Victory should be chief justice.

Justice Jeannette Theriot Knoll also recused herself from the case. Replacing the three were three chief judges on courts of appeal - Burrell Carter of the First Circuit, Henry Brown of the Second Circuit and Ulysses Gene Thibodeaux of the Third Circuit.