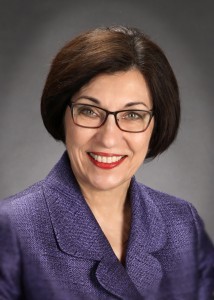 WILMINGTON, Del. (Legal Newsline) - RPM International Inc. announced an agreement Monday in principle with the official bankruptcy representatives of current and future claimants that would pay out $797.5 million over four years and resolve all present and future asbestos personal injury claims related to its Bondex International, Inc., subsidiary.

If approved by the U.S. Bankruptcy Court in Delaware, the settlement will become part of RPM's reorganization plan, per Chapter 11 rules. Bondex's parent company, Specialty Products Holding Corp., will remain a wholly owned subsidiary of RPM and its results of operations will be reconsolidated with those of RPM effective upon consummation of the plan, which is currently expected by the end of fiscal 2015.

"We have been able to reach a settlement on acceptable terms that will resolve the Bondex-related asbestos liability," said Frank Sullivan, chairman and chief executive officer of RPM in a statement. "Consummation of a plan of reorganization incorporating these terms will allow RPM to move forward and put this chapter in our history behind us."

Under the terms of the agreement in principle, a trust will be established under Section 524(g) of the United States Bankruptcy Code for the benefit of current and future asbestos personal injury claimants, funded as follows:

-Upon the plan becoming effective, the trust will be funded with $450 million in cash;

-On or before the second anniversary of the effective date of the plan, an additional $102.5 million in cash, RPM stock or a combination thereof (at the discretion of RPM in this and all subsequent cases) will be deposited into the trust;

-On or before the third anniversary of the effective date of the plan, an additional $120 million in cash, RPM stock or a combination thereof will be deposited into the trust; and

-On or before the fourth anniversary of the effective date of the plan, a final payment of $125 million in cash, RPM stock or a combination thereof will be deposited into the trust.

The agreement in principle contemplates the filing of a plan of reorganization with the United States Bankruptcy Court in Delaware. The plan will be subject to approval of the claimants, as well as the U.S. Bankruptcy Court and U.S. District Court.

The final figure is almost $400 million less than the $1.16 billion estimation arrived at by former U.S. Bankruptcy Judge Judith Fitzgerald in May 2013, shortly before her retirement from the bench. RPM appealed Fitzgerald's decision to the U.S. Court of Appeals for the Third Circuit.

RPM disputed Fitzgerald's estimation, saying that she reached the number by placing too much weight on past settlement agreements. Many of those settlements were reached to push aside nuisance lawsuits, the company's attorneys argued.

Based on testimony given during the estimation proceedings held in Pittsburgh in January 2013, Bondex argued that its actual liability in mesothelioma and other personal injury cases amounted to $135 million.

During the hearings, an expert testified that the Chrysotile asbestos in Bondex's joint compound is "much less likely" to stay in the lining of the lungs than other forms of asbestos. Bondex products were marketed for do-it-yourself home projects, while most mesothelioma sufferers were found in industrial and commercial settings.

The bankruptcy case is currently assigned to Judge Peter Walsh, who has announced his own retirement at the end of 2014.