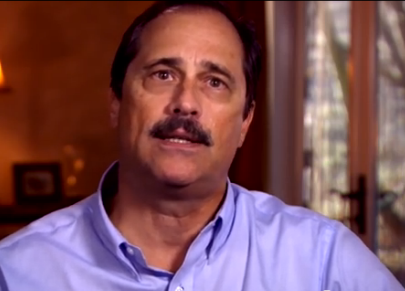 But the software engineer who lost two children and created a system for regulating dispensal of pain medication says all three aspects of the measure work toward one goal - improving patient safety.

First introduced as the "Drug and alcohol testing of doctors" initiative, Proposition 46, in addition to requiring doctors to check a drug database and "pee in a cup," seeks to revise the state's Medical Injury Compensation Reform Act, which has capped non-economic damages in med-mal lawsuits at $250,000 since 1975.

If passed this November, Prop 46 will inflate the cap on medical liability lawsuits to $1.1 million with annual increases going forward, a lucrative outcome motivating groups like Consumer Attorneys of California to support the measure, according to pro-tort reform groups.

Tom Scott, executive director for California Citizens Against Lawsuit Abuse, believes the plaintiff's bar is using "smoke and mirrors" this election cycle, attempting to fool the public into paying attention to the drug aspect of the measure when inflating the cap is the No. 1 priority of the trial lawyers.

"This initiative is not about drug testing doctors or a prescription database," Scott said. "And voters don't be fooled, don't play into the trial lawyer agenda. This is not about victims - it's about money."

Although the coming primetime TV ad battle to sway voters has yet to heat up, proponents of Prop 46 are already capitalizing on less costly media platforms to direct the focus of the measure toward physician drug testing, including Twitter, Facebook and YouTube.

For example, throughout the past year Consumer Watchdog, a major advocator of the measure, has launched a series of YouTube musicals entitled "Pee in a Cup."

The satirical videos inform viewers through song that while policemen, football players and "even people fighting fires" have to "do it," California doctors do not.

Tactics and videos aside, Kim Stone, president of the Civil Justice Association of California, believes voters are too keen to be taken in by the alleged misdirection.

"I don't believe (Prop 46) will pass," Stone said. "I think California voters are smart enough to see through the sham marketing for the proposition and realize that the true intent is to give lawyers more money at the expense of patients and doctors."

However, not everyone considers doctor drug testing and a prescription database a trial lawyer ploy.

The author of the initiative, software designer Bob Pack, doesn't believe emphasizing doctor drug testing is an attempt at deception. Rather, he thinks all three elements of the measure work toward one unifying goal - patient safety.

In 2004, Bob Pack lost both of his children when a "doctor-shopping" prescription drug addict high on pills ran them down on a neighborhood sidewalk - a tragedy motivating his decade-long mission.

"It's personal for me because of the tragedy I went through losing my children," said Pack, adding that the woman had received narcotic prescriptions from six different doctors, all of whom worked for Kaiser Permanente.

"These doctors never verified her need for the medication or shared records between them," Pack said.

"Had they just talked to each other they could have stopped her from being prescribed those thousands of pills."

Pack believes the cure to stopping "doctor-shopping" is his Controlled Substance Utilization Review and Evaluation System, or CURES, database.

Governed by software he helped write, Pack believes his cost effective CURES database can help doctors cut drug seekers off at the source and perhaps prevent future tragedies like the one he suffered.

Opponents of CURES, such as the California Medical Association, argue the database lacks funding, eats up a doctor's valuable time and is an invasion of privacy.

However, Pack argues CURES funding is not an issue and the database will inevitably save the state hundreds of millions of dollars.

An internal study conducted by Pack and his allies says the state spends billions of dollars combating prescription drug abuse by directing the attention of law enforcement and other agencies toward the "epidemic."

"That money should be in our schools or some other beneficial program, instead of fighting prescription drug crime," Pack said.

"CURES will save more than money, it will save lives. Four-thousand people died from prescription drugs last year. That's more than died from auto accidents.

"To me it falls below the standard of care to write a prescription of OxyContin without checking the patient's prescription drug history first."

Pack says there's no funding for CURES in Prop 46 because the database already has funding. And when and if implemented statewide, the system will have $3.4 million on hand for upgrades in order to handle the new 200,000 plus physician users.

A basic version of CURES went live in September 2009 under then-Attorney General Jerry Brown, who is now governor.

Although use of the database is not mandatory, Pack says currently 12,000 physicians use CURES and report the system as being a great asset.

In 2012, state Sen. Mark DeSaulnier introduced Senate Bill 809 to fund CURES and make it mandatory for doctors use the database before prescribing addictive narcotics.

The bill required physicians to contribute $6 per year from their annual license fees, and pharmacists contribute $2 per year.

However, CMA fought the bill and mandatory use of CURES was removed as a compromise.

"CMA has found every excuse in the book to misrepresent the facts and cloud the public's mind," Pack said. "The bureaucrats at CMA are not doctors and are heavily influenced by medical liability insurers."

Pack called the third element of Prop 46, inflating the MICRA cap, the "most controversial" part of the measure, but maintained the component is necessary and does not necessarily enrich plaintiffs attorneys.

"The cap has never been adjusted for inflation - that's the most egregious part of the law," Pack said. "In a case involving death, like my children, the most you can get is $250,000 - it cost that much just to go to trial."

"I wouldn't say that's being greedy -- it's a fair scale and does not enrich the attorney," Pack said.

"This is not just about MICRA - this is about patient safety," Balber said. "The issue of doctor drug testing is long, long overdue."

Like Pack, Balber also believes "it's critical to update for nearly 40 years of inflation."

Nonetheless, both CMA and CALA agree inflating the med-mal cap spoils the measure as a whole, no matter how well-intentioned the other two aspects of Prop 46 are.

"With ballot measures, you can't oppose some pieces without opposing the whole thing - it's all or nothing," CMA spokesperson Molly Weedn said.

"The fact of the matter is that we know the trial attorney sponsors of this measure don't care about the drug provisions. The proponents themselves said to the LA Times that drug testing and mandatory checking of the drug database were thrown in because they are the 'ultimate sweetener' and they poll well."

The Dec. 10 LA Times article to which Weedn refers was written by Michael Hiltzik and reads: "'It's the ultimate sweetener,' says Jamie Court, the head of Consumer Watchdog. He says that when his group brought the proposal before focus groups, 'the only thing that made them light up was drug testing of doctors.' That's a pretty poor excuse for an initiative provision, and a reminder of what's wrong with the California system.

"If you think doctors should be drug-tested, make the case on its merits. If you think MICRA should be reformed, make that case. But to use the public's emotionalism about drugs to enact something completely different seems fundamentally manipulative and undemocratic."

CALA's Scott summed up the issue: "Initiatives are not like a buffet - you can't just pick out the things you like. This is a badly written initiative."