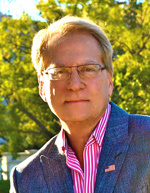 WASHINGTON (Legal Newsline) - The defendants have filed their motion to dismiss in a lawsuit that alleges the National Security Agency conducted surveillance and intelligence-gathering programs that collected data from American citizens.

As an initial matter, the court should dismiss this case on grounds of claim-splitting, according to the memo.

"Plaintiffs cannot maintain more than one action involving the same subject matter at the same time in the same court and against the same defendants."

The plaintiffs' complaint also should be dismissed for lack of subject-matter jurisdiction, according to the memo.

"They have not alleged sufficient facts to demonstrate that information about their calls has been acquired or reviewed by the NSA under the bulk telephony metadata program, and any fear they might have that the NSA may in some way 'misuse' data allegedly collected about their calls is neither a cognizable injury nor fairly traceable to the program's actual operation."

Similarly, the plaintiffs have not established that the NSA acquired or reviewed information about their communications under the bulk Internet metadata program, nor can they seek prospective injunctive relief when the program has been discontinued and the collected data destroyed, according to the memo.

"As to PRISM collection of the communications of non-U.S. persons located abroad, this court has already ruled, on almost identical allegations, that plaintiffs do not have standing to challenge that program," the memo states. "And Plaintiffs' vague and speculative allegations about a claimed program they call 'MUSCULAR' are also insufficient to confer standing under Article III."

The government's interest in identifying terrorist operatives and intercepting their communications to prevent terrorist attacks is a national security concern that far outweighs any residual privacy interest that the plaintiffs may have in their communications not already protected by the Fourth Amendment, and by the same token outweighs any risk of erroneous deprivation of that interest, according to the memo.

The NSA's collection of information about and the contents of telephonic and electronic communications thus promotes a governmental interest of the highest order, it says.

"Requiring the government, however, to provide advance notice to every individual before acquiring information about his or her communications would be incompatible with the secrecy required for such intelligence-gathering programs, and fatal to their objectives," the memo states.

Larry Klayman; Charles and Mary Ann Strange; Michael Ferrari; and Matt Garrison claim the NSA began a classified surveillance program to intercept the telephone communications of American citizens and on June 5, The Guardian reported the first of several "leaks" of classified material from Edward Snowden, a former NSA contract employee.

The leaks revealed, and continue to reveal, multiple U.S. government intelligence collection and surveillance programs, according to the suit.

The plaintiffs claim Vinson, acting in his official and personal capacities and under the authority of Obama, Holder, the FBI, the NSA and the DOJ, ordered that the Custodian of Records "shall produce the production of tangible things from Verizon Business Network Services Inc. on behalf of MCI Communication Services...to the NSA and continue production on an ongoing daily basis thereafter."

The U.S. Government, on the orders authorization of the president, the attorney general, the DOJ and the NSA, obtained a top secret court order that directs Verizon to turn over the telephone records of more than 100 million Americans to the NSA on an ongoing daily basis, according to the suit.

The plaintiffs claim Vinson ordered access to electronic copies of all call detail records or "telephony metadata" created by Verizon for communications between the United States and abroad.

The plaintiffs claim to date, the defendants have not issued substantive and meaningful explanations to the American people describing what has occurred.

"Rather, on information and belief, the NSA, under the authorization of President Obama, continues to engage in a systematic program of warrantless eavesdropping upon phone and email communications of hundreds of millions of individuals, including American citizens and permanent legal residents, both within and outside of the U.S.," according to the suit.

Such intrusive and illegal surveillance have directly impacted each and every plaintiff, according to the suit.

"The revelation that the government has been carrying on widespread warrantless interception of electronic communications has impaired plaintiffs' ability to communicate via telephone, email, and otherwise on the internet, out of fear that their confidential, private, and often privileged communications are being and will be overheard by the NSA's surveillance program," the complaint says.

The plaintiffs claim the risk and knowledge that the plaintiff's telephonic and internet conversations may be overheard, undoubtedly chills speech, in violation of the plaintiff's First Amendment rights.

The defendants violated the plaintiffs' First, Fourth and Fifth Amendment rights and caused them damages, according to the suit.

The plaintiffs are seeking compensatory and punitive damages with pre- and post-judgment interest in an amount in excess of $20 billion. Klayman is representing himself and the rest of the class.

The case has been assigned to District Judge Richard J. Leon.