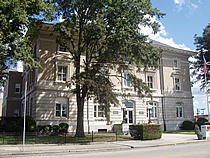 ELIZABETH CITY, N.C. (Legal Newsline) - A North Carolina federal court granted dismissal of false representation/fraud claims for eight defendants in an asbestos lawsuit based on the plaintiffs' poor arguments and failure to support their allegations.

The lawsuit blamed more than 30 defendants of negligence, breach of implied warranty, willful and wanton conduct, false representation/fraud, failure to warn and loss of consortium.

Addressing the motions as one, Boyle wrote that the defendants' motions challenge the legal sufficiency of the complaint.

Boyle added that in order to claim fraud in a lawsuit, a plaintiff must allege false representation or concealment of a material fact, the defendant reasonably calculated to deceive, the defendant's action was made with intent to deceive, which does in fact deceive and resulted in damage to the injured party.

However, the plaintiffs only included vague and conclusory allegations of fraud against the defendants in their suit, failing to provide any specific misrepresentations, he ruled.

"Therefore, the complaint fails to sufficiently allege fraud in that it fails to state a claim for which relief can be granted," Boyle wrote.

The plaintiffs have also failed to respond to any of the motions, nor have they provided any detailed allegations on the matter.

"Thus the court finds that plaintiffs have had adequate notice and opportunity to respond regarding the sufficiency their fourth claim for relief," Boyle wrote.

As a result, Boyle granted the defendants' motion to dismiss the claim for false representation/fraud.

Also, because the plaintiffs failed to respond and support the sufficiency of their fraud claim, the court further dismissed the fourth claim as to all of the defendants named in the lawsuit.