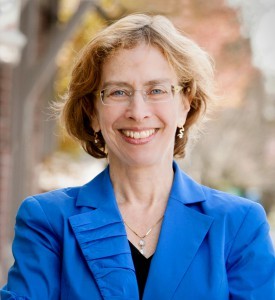 OLYMPIA, Wash. (Legal Newsline) - Gate Gourmet could be obligated to make certain accommodations for employees' religious beliefs, according to a decision issued by the Washington Supreme Court.

The state Supreme Court of Appeals on May 22 reversed a trial court's dismissal of a class action lawsuit against Gate Gourmet alleging it did not reasonably accommodate its employees' religious practices by serving them meals that contained animal byproducts at lunch.

"The trial court dismissed the lawsuit in its entirety, finding that the WLAD contains no requirement that employers make reasonable accommodations for their employees' religious practices," the majority opinion states. "We granted direct review and now reverse."

The WLAD includes a duty to reasonably accommodate an employee's religious practices, the majority opinion states.

The trial court erred when it dismissed the employees' reasonable accommodation claim on the ground that the WLAD created no cause of action for failure to accommodate religious practices, according to the majority opinion.

The lawsuit was first filed in 2012 and was dismissed in 2013 by former King County Superior Court Judge Mary Yu. Yu is now on the Washington Supreme Court.

The plaintiffs work near SeaTac airport for Gate Gourmet, preparing meals for service on trains and airplanes.

Due to security concerns, the employees can neither bring food with them to work nor leave the premises to obtain food during their 30-minute lunch break. Instead, Gate Gourmet provides meals for employees to consume during their break.

These meals consist of one vegetarian and one meat-based main dish. However, the plaintiffs claim that Gate Gourmet uses animal byproducts in the vegetarian option.

The plaintiffs claim when they informed Gate Gourmet that their various religious beliefs prohibited them from eating the beef-pork meatballs the company served, Gate Gourmet responded by temporarily switching to turkey meatballs.

However, the company later allegedly switched back to the beef-pork mixture without notifying the employees, and it now refuses to alter the employee meals.

The employees brought a class action lawsuit alleging that Gate Gourmet's knowing refusal to label and "adapt its menu to accommodate the tenets of [their] beliefs and religions" violated the WLAD, according to the opinion.

The plaintiffs claim the policy forces them to work without food or eat food that violates their religious beliefs. They also claimed it was battery and negligent inflection of emotional distress.

In 2013, the trial court granted Gate Gourmet's CR 12(b)(6) motion to dismiss the complaint in full. It found that the WLAD contains no requirement that employers make reasonable accommodations for their employees' religious practices.

The plaintiffs then sought and obtained direct review by the state Supreme Court.

"The trial court also erred in dismissing the employees' claims for disparate impact, battery and negligent infliction of emotional distress," the majority opinion states. "We reverse the decision of the Superior Court and remand for further proceedings consistent with this opinion."

"I believe that the majority erred by implying a cause of action for religious accommodation into the Washington Law Against Discrimination... in the absence of any legislative or administrative directive," Madsen's dissenting opinion states.

Notwithstanding this error, the majority then misapplies this newly created accommodation cause of action to this case, according to the dissenting opinion.

"It is important to remember that a cause of action for discrimination in private employment is based in statute," the dissenting opinion states. "The Legislature included religion as one of many grounds on which to establish a discrimination claim... and directed the Human Rights Commission to promulgate rules to implement the purposes of the WLAD."

At the same time, the Legislature chose to entirely exempt nonprofit religious institutions from prosecution under the WLAD, and the existence of this exemption is strong evidence that the Legislature has given due consideration to the complexities and implications of legislating in the religious discrimination arena and has chosen not to do so, at least for the time being, according to the dissenting opinion.

Madsen states that she disagrees with the majority's decision to create "out of whole cloth a new cause of action for failure to accommodate without any suggestion that the Legislature or the HRC intended to provide such a claim."

"Moreover, Title VII requires some form of actual or threatened adverse employment action to meet the third prong of a prima facie accommodation claim," she states. "The majority is wrong to suggest otherwise."

Under any reasonable definition of a prima facie case, Kumar failed to allege the requisite employment harm.

"Thus, even if this court implies an accommodation cause of action into the WLAD, Kumar cannot state a prima facie case."