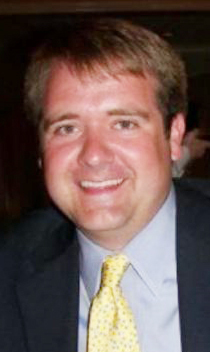 On Thursday, West Virginia Citizens Against Lawsuit Abuse announced an update to its "Dirty Dozen" list - a list of candidates who have accepted the most "lawsuit industry money" through the pre-primary campaign finance period.

"The millionaire personal injury lawyers have spent nearly $300,000 to elect candidates who are supportive of finding more causes of actions to flood our legal system with lawsuits, and who oppose legal reforms that would attract job creators to our state," said Greg Thomas, executive director for WVCALA.

"In short, the personal injury industry is continuing their effort to buy influence in our Legislature," said Thomas."

Every candidate that made the list is a Democrat.

Ranked number one on the "Dirty Dozen" list is state Sen. Rocky Fitzsimmons (Senate District 1), a Wheeling plaintiffs attorney who has accepted more than $42,000 in contributions from fellow personal injury lawyers.

The majority of the list is made up of incumbents, including:

LAWPAC, the trial lawyers' political action committee, has contributed nearly $90,000 in contributions to legislative candidates across West Virginia. Political contributions from LAWPAC and those on the 'Dirty Dozen' from the personal injury industry eclipses $275,000.

"A greedy few profit from West Virginia's 'jackpot justice' legal system, while most of us end up paying higher prices for goods, losing access to important medical and community services and lose out on opportunities for well-paying jobs," said Thomas.

"Having a Legislature that will fight lawsuit abuse is a must because employers create jobs in states where the legal system is fair."

The list was compiled based on CALA's review of state campaign finance records for the 2014 Pre-Primary Reporting Period, which ended on April 27.

A May 8 op-ed written by West Virginia Association for Justice president Bernie Layne was published in the West Virginia Record and said the earlier list was a "new low" for CALA.

"What CALA fails to disclose is that these contributions represent just a percentage of what those candidates raised - in one instance, it was less than 10 percent.

"If you review the campaign finance reports in detail, you get a very different picture.

"And, yes, contributions came from plaintiffs' attorneys, but they also came from our state's leading defense firms, too. This does not point to candidates being 'bought' by one industry or another."