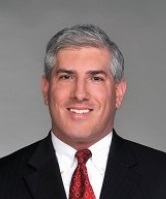 TALLAHASSEE, Fla. (Legal Newsline) - Since the Florida Supreme Court struck down the $1 million cap on non-economic damages in medical malpractice wrongful death cases, lawyers and industry experts have questioned whether the decision will once again increase malpractice claims and insurance premiums, or even force doctors to leave Florida to practice in other states.

In March, the court found in a 5-2 ruling that the 2003 law that imposed the cap violates the state constitution's equal protection clause. The court also disputed the existence of the medical malpractice insurance crisis that legislators cited when they supported the law.

Edward J. Carbone -- a partner at Roig, Tutan, Rosenberg, Martin & Stoller in Tampa who represents hospitals and other health care providers -- predicts that the Florida health care industry will revert back to the way things were before the state enacted the cap on non-economic damages.

Since 2003, Carbone says, he has noticed a decrease in the number of medical malpractice wrongful death claims. He has also noticed that when filed, those claims were often more severe.

Carbone suggests that since plaintiff attorneys could no longer expect to receive more than $1 million in non-economic damages, they shied away from wrongful death cases unless they saw the potential for significant, uncapped economic damages.

"Now that the caps are gone for wrongful death cases, and it's foreseeable that they will probably be stricken for the rest of cases at some point in the future, I anticipate that the marketplace will shift again," Carbone said.

"Most plaintiff attorneys will be more willing to take those cases whose primary value is non-economic damages."

Carbone adds that the medical professional liability insurance community could also change its way of doing business in a "post-caps world."

While insurance companies initially argued that a cap on non-economic damages would decrease premiums, he says it remains unclear whether that actually occurred over the past decade.

"Plaintiffs and lawyers were very happy to point out that premiums didn't drop as much as people said they would, that insurance companies were making money hand-over-fist and the doctors weren't really getting the benefit," he said. "But the insurance companies would tell essentially the opposite story."

Charles Huber, the managing senior financial analyst at A.M. Best Company -- a global credit rating agency based in Oldwick, N.J., that focuses on the insurance industry -- agrees that Florida will see more wrongful death lawsuits without the cap.

As a result, he says, there will be an increase in insurance companies' legal expenses, which, in turn, could eventually lead to higher premiums for medical malpractice liability coverage.

"To what extent, we can't say," Huber said. "We will monitor the situation to see how it affects insurance companies down there and what actions they take in order to mitigate any increased costs."

However, Huber points out that even though the Illinois Supreme Court struck down the cap on non-economic damages in 2010, insurance companies in that state still seem to be profitable. He adds that it's the same for companies in the 15-plus states that operate without any caps or limits.

According to an A.M. Best report released earlier this month, the U.S. medical professional liability insurance segment continued its run of year-over-year profitability in 2013, as underwriting and operating returns again exceeded those reported by the property/casualty industry.

"Also unique to this segment is its uncanny ability to release prior-year reserves year over year," the report states. "At the same time, policyholders' surplus continued to grow at a compound annual growth rate of approximately 11% (since 2009), mirroring the growth rate reported in 2013, which benefited from strong cash flow and the recent run-up in the equity markets."

The report also states that future results will depend on how medical professional liability insurers address significant industry issues, including challenges to state tort reform.

Jeff Scott, the general counsel at the Florida Medical Association, says there's no doubt that without the cap on non-economic damages in medical malpractice wrongful death cases, doctors will pay more for their premiums in the future.

"Given that malpractice premiums in Florida are the highest in the nation, it will serve to only exacerbate an already difficult situation," he said.

In the months since the Florida Supreme Court's decision, Scott has heard from dismayed doctors who worked to pass the cap and believed that it not only slowed the increase in malpractice premiums, but also helped stabilize the entire insurance market during a time of crisis.

Despite their frustrations, Scott says he doesn't expect to see a mass migration of doctors out of Florida - yet.

"If the situation deteriorates, like it did [in the early 2000s], then I fully expect that you'll see folks saying, 'Look, Florida is just not a viable place to practice,'" he said.

"'Why stick around here and face a hostile litigation climate with no cap in place when we can go to places like Texas and California that have strong tort reform and lower insurance premiums?'"

Huber contends that those in favor of caps on non-economic damages often use the argument that doctors can't afford to practice in their state without the caps in place. But again using Illinois as an example, he says there wasn't a mass migration of doctors out of that state after its high court struck down the cap.

"I don't know that the removal of the cap is going to create a shortage of physicians in the state of Florida," Huber said. "It's something we'll watch."

From Carbone's perspective, it's difficult to determine how the Florida decision will affect the availability of doctors.