Fla. decision could launch new attacks on damages caps around the country 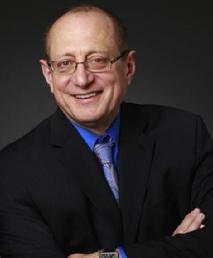 TALLAHASSEE, Fla. (Legal Newsline) - Supreme Court justices in Florida may have given plaintiffs attorneys a reason to try to strike down legislatively imposed limits on non-economic damages in other states, a law professor and plaintiffs attorney agree.

In March, the Florida Supreme Court struck down the $1 million limit on the amount plaintiffs can receive for pain and suffering in medical malpractice wrongful death cases.

In its 5-2 ruling, the court not only said the 2003 law that imposed the limit violates the state constitution's equal protection clause, but also questioned the existence of the medical malpractice insurance crisis legislators cited when they supported the law.

As California voters consider an initiative to increase the cap on non-economic damages from $250,000 to more than $1 million in November, they may also consider what occurred in Florida.

"The California Supreme Court decided many years ago that the cap was definitely constitutional because it helped resolve the medical malpractice crisis and insurance crisis...when in fact, this is incorrect based on the Florida Supreme Court decision," said Alex Stein, a law professor at the Benjamin N. Cardozo School of Law at Yeshiva University in New York who focuses on medical malpractice and torts.

"The Florida Supreme Court decision formally is not going to be a precedent for any other states, but it will be used to launch a new fact-based attack on the cap."

According to the American Medical Association, nearly 30 states have enacted laws that limit damages in medical malpractice cases. At least 16 state courts have upheld a cap on non-economic or total damages as constitutional, while at least 11 states have overturned a cap as unconstitutional.

The AMA also notes that some of those states - such as Ohio, Kansas, Texas and Wisconsin - have since enacted new laws to limit damages.

Stein contends that while the Florida Supreme Court is not the first to invalidate a medical malpractice cap, its unique approach to reaching that decision may influence the rest of the nation in the future.

He explained that when striking down caps on non-economic damages, most state supreme courts held that they violated constitutional protections.

Stein adds that the majority of state supreme courts that upheld medical malpractice caps found that while there is a potential threat to constitutional protections, there is also a compelling governmental interest that overrides those entitlements.

"The reason for that being the so-called 'medical malpractice crisis,'" Stein said. "Doctors pay too much for liability insurance, so now they have to increase their prices. As a result, less people can afford medical care, so we have to step in and make it cheaper for doctors to get insurance on the theory that once insurance becomes cheaper, it will trickle down to the patient.

"The patient will have to pay less and the cost of medical insurance will also go down."

Stein points out that the Florida Supreme Court went in a different direction, holding on factual grounds that there is no compelling governmental interest or medical malpractice insurance crisis. He said the decision could impact states in which supreme courts ruled differently, since the Florida high court used empirical research by academics that challenges the theory that caps can lead to lower medical costs.

Darren McKinney, director of communications for the American Tort Reform Association, agrees that the Florida Supreme Court decision is unique, but for a different reason.

"It's one of the most egregious state high court decisions in the last couple of decades, astonishing particularly in its disregard for democratic processes," he said. "For five justices of a state Supreme Court to discount the extensive legislative record, the research that went into crafting the 2003 law in Florida... people ought to be stunned."

He recalls a similar situation in Oklahoma, where in June 2013, the state Supreme Court struck down a comprehensive tort reform law that included limits on non-economic damages. However, a few months later, Gov. Mary Fallin called a special session of the legislature and helped pass 23 separate bills -including one that called for a $350,000 cap on non-economic damages - to counter the court's decision.

"There have been a few other state high courts that have struck down limits on non-economic damages, particularly with respect to healthcare provider lawsuits, but they remain in the minority," McKinney said.

He added that "regardless of what the Florida justices would have us believe," their actions will also remain in the minority.

He expects the decision to usher in challenges in other states and courts "already inclined to the view that legislative enactments should never be allowed to arbitrarily impair fundamental rights."

Sobel, who is the immediate past chair of Florida Justice Association's Medical Malpractice Committee, also pointed out that the decision could impact medical malpractice law in the future.

He anticipates that attorneys who continue to accept medical malpractice cases will see the value of their cases increase as the limits on their clients' non-economic damages decrease.

"The relatively small number of medical malpractice attorneys will remain busy and over time, legal practice economics should steadily encourage attorneys to start accepting these cases," he said.

Stein points out that California is the only state with pending legislation - and potential litigation -over caps on medical malpractice awards. He says that prior to the Florida Supreme Court's decision, the medical malpractice debate seemed settled, with most states resolving the issue by 2013.

"If I had a client who sued for a substantial amount of money, most of which is for pain and suffering, but they say, 'We will cap it at $250,000,' of course I will attack it constitutionally," he said.

"I will show the [Florida] court decided there is no compelling governmental interest as a matter of fact."