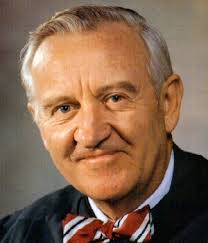 WASHINGTON (Legal Newsline) - On Wednesday, a former U.S. Supreme Court justice will testify before the Senate on the high court's recent decision to strike down overall campaign contribution limits.

On April 2, the Supreme Court, in the case of McCutcheon v. Federal Elections Commission, struck down aggregate campaign contribution limits, ruling that donors, under the First Amendment, have the right to give the legal maximum to as many federal candidates and political committees as they see fit.

The ruling compelled the Senate Committee on Rules & Administration to call a hearing entitled "Dollars and Sense: how undisclosed money and post McCutcheon campaign finance will affect 2014 and beyond."

Panel I will feature testimony from retired associate justice John Paul Stevens, who recently told the New Yorker that the court's decision on the McCutcheon case was grossly incorrect.

Panel II will include testimony from six individuals, including the vice chair of the Federal Election Commission, Ann Ravel, and former FEC Chairman Donald McGahn, now an attorney for the lobbying law firm Patton Boggs.

The case stems from a challenge brought by Alabama businessman Shaun McCutcheon against the FEC.

Joined by the Republican National Committee, McCutcheon and the RNC questioned whether aggregate limits on the total amount that an individual may contribute to all federal candidates and political committees during a two-year federal election cycle violate the First Amendment, appellate briefs state.