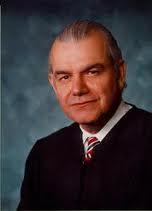 PHILADELPHIA (Legal Newsline) - Nearly one month after the multidistrict litigation court granted approximately 6,000 motions of dismissal in Ohio maritime asbestos lawsuits, Judge Eduardo Robreno has upheld his prior decision dismissing Ohio claims for lack of personal jurisdiction in yet another mass dismissal.

In the April 4 opinion, Robreno, who presides over MDL Docket 875 in the United States District Court for the Eastern District of Pennsylvania, ruled that plaintiff Oscar Allen Corley failed to prove that Ohio's long-arm statute applied to his claims and granted dismissal requests from 22 defendants.

Decedent Charles Corley originally filed his asbestos-related complaint in the Northern District of Ohio in April 1998 through the Jaques Admiralty Law Firm. It was transferred to the MDL's maritime docket in November 2011 as part of the consolidated asbestos products liability litigation.

Just over a month later, the law firm voluntarily moved to dismiss the case due to decedent's and his beneficiaries' unavailability. As a result, the case was dismissed and considered closed by the court.

Then in December 2012, Oscar Corley, acting as administrator for Charles Corley, filed a motion for substitution of attorney and requested an order granting relief from dismissal.

Robreno granted the motion in August, allowing the Law Offices of G. Patterson Keahey to represent the plaintiff and reopened the case.

Robreno noted that this case is an outlier in the court's maritime docket because it is the only case, out of more than 2,600 other cases, that does not employ the Jaques Admiralty Law Firm and/or Motley Rice LLC as plaintiffs counsel.

More than 20 defendants sought dismissal, arguing that the court lacks personal jurisdiction because the plaintiff's claims only prove general jurisdiction, which is not recognized by Ohio's long-arm statute.

He explained the Rule 4 in general allows personal jurisdiction over non-resident defendants as long as the case meets the requirements under state law, which is Ohio in this lawsuit.

Further, the long-arm statute lists several categories of contacts with the forum that will create jurisdiction, but they only apply if the cause of action arises from those contacts. Put simply, Ohio does not recognize general jurisdiction, Robreno stated.

In their argument, the defendants argued the decedent's asbestos cause of action and asbestos-related injury does not allege any connection to Ohio.

In addition, they argued that the only alleged asbestos exposure in the lawsuit occurred in the Navy while at sea or in the state of Alabama.

They reached this argument based on a previous asbestos-related lawsuit filed in Alabama state court, which was eventually transferred to MDL 875. In May 2012, the case was remanded back to the Northern District of Alabama, where it is still pending.

While the Alabama case was in the MDL court, the defendants claimed the court found that the decedent was a resident of Alabama, his exposure to asbestos occurred in Alabama or while at sea and that all alleged injuries manifested themselves in Alabama.

Likewise, there was never a connection to Ohio in the Alabama case.

However, the plaintiff responded by claiming the court may still exercise jurisdiction over the defendants because the companies conducted business, manufactured and marketed asbestos products in Ohio, which were later placed on the ships decedent served aboard resulting in his exposure and harm.

Citing the long-arm statute, Corley states that "a court may exercise personal jurisdiction over a person who acts directly or by an agent, as to a cause of action arising from the person's ... transacting any business in this state."

Corley believes this is enough proof that further discovery is necessary and, if allowed, would reveal contacts by other defendants with Ohio regarding the manufacture, sale and distribution of asbestos-containing products in that state, Robreno states.

However, the defendants replied to these allegations claiming the plaintiff "misses the mark" of the Bartel decision, because Corley failed to show how his cause of action arises out of the defendants' supposed business transactions in Ohio.

"According to defendant, 'there would be no limitation whatsoever on personal jurisdiction for large companies, such as [Owens-Illinois] and Ingersoll-Rand, that have facilities and engage in the 'transaction' of business in states all across America' under Plaintiff's interpretation of personal jurisdiction,'" Robreno wrote.

Nonetheless, Robreno wrote that the plaintiff failed to show how Owens-Illinois and Ingersoll-Rand headquarters or various offices "(bear) any relation to the plaintiff's claim."

Robreno found that the plaintiff's complaint does not prove any of the defendants' activities allegedly causing the decedent's asbestos-related injuries arise out of specific contacts with Ohio.

Corley has only alleged that the various defendants generally transacted business in Ohio; their products were found on ships that decedent served aboard; and decedent was exposed to asbestos from these products, Robreno added.

"This alone is insufficient to support a finding that an Ohio court can establish personal jurisdiction absent any allegation that decedent's injuries actually arose from defendants' alleged Ohio business transactions," Robreno wrote.

In order to defeat the lack of personal jurisdiction defense, the plaintiff had the burden of showing, by preponderance of evidence, the existence of jurisdiction relating to each of the 22 defendants.

"Here, plaintiff has failed to meet his burden because he has failed to show how his cause of action arose out of defendants' specific contacts with Ohio," Robreno wrote.

In his motion, Corley also requested leave to conduct jurisdictional discovery and to amend his complaint, which Robreno denied.

"Even if plaintiff can uncover such facts, he still must show that decedent's injuries arose out of these contacts; facts which plaintiff should have known prior to filing his complaint in Ohio," Robreno wrote. "Accordingly, plaintiff is not permitted to undertake a 'fishing expedition' under the guise of jurisdictional discovery in order to support his claims sixteen years after the complaint was filed."

Want to get notified whenever we write about Owens-Illinois ?

Sign-up Next time we write about Owens-Illinois, we'll email you a link to the story. You may edit your settings or unsubscribe at any time.