Patent troll bill sent to Tenn. governor's desk; could be signed into law by month's end 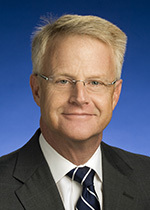 On Monday, the House of Representatives voted 95-0 in favor of Senate Bill 1967. The measure passed the Senate last week with a vote of 31-0.

State Rep. Jon Lundberg, R-Bristol, said Thursday he anticipates the governor will sign the bill by the end of the month. The bill will become law effective immediately, he said.

"I think the final version has good safeguards for legitimate business, industry and individuals who want to protect and enforce patent rights," said Lundberg, who introduced the nearly identical House version. "At the same time, it will curtail the hundreds of frivolous claims that have been made over the past few years."

Those claims, he said, have cost hundreds of hours of time and a "virtually incalculable" amount of money.

SB 1967, which was introduced by Sen. Mike Bell, R-Riceville, creates a cause of action for targets of bad faith assertions of patent infringement.

Basically, under the bill, if a target makes a motion and a court finds the target has established a "reasonable likelihood" that a person made an assertion in bad faith, the court will require the person to post a bond in an amount equal to a good faith estimate of the target's costs to litigate the claim and amounts reasonably likely to be recovered.

A hearing must be held if either party requests one. The court may waive the bond requirement if it finds the person has available assets equal to the amount of the proposed bond or for other good cause shown.

Also under the measure, a target may bring an action in any circuit or chancery court.

In addition, the bill gives the attorney general the authority to enforce, conduct civil investigations and bring a civil action.

The remedies available to a plaintiff under the legislation include equitable relief; damages; costs and fees, including reasonable attorney's fees; and exemplary damages in an amount equal to $50,000 or three times the total of damages, costs and fees, whichever is greater.

Under the bill, a court may consider certain factors in determining whether an assertion was made in bad faith, including that the "demand letter" -- any written communication that attempts to enforce or assert rights in connection with a patent or pending patent -- does not contain the patent number; the name and address of the patent owner or owners and assignee or assignees, if any; and factual allegations concerning the specific areas in which the target's products, services and technology infringe the patent or are covered by the claims in the patent.

Difficult to define, a "patent troll" -- a term coined by Peter Detkin, counsel for Intel, in the late 1990s -- purchases groups of patents without an intent to market or develop a product. In some cases, but not all, the non-practicing entity or patent assertion entity then targets other businesses with lawsuits alleging infringement of the patents it bought.