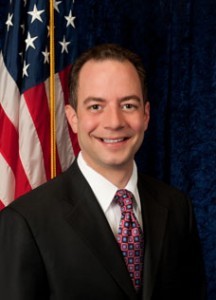 WASHINGTON (Legal Newsline) - The Republican National Committee has raised $25 million in the first quarter of 2014 and more than $105 million this election cycle, a total eclipsing its Democratic counterpart by tens of millions of dollars.

In March alone, the RNC raised $10.2 million. For the 2014 cycle thus far, the RNC has raised $105.9 million, making it the first committee to raise more than $100 million this cycle, according to statistics provided by the RNC.

"We're so grateful to our donors and supporters who have made this a very successful quarter for us," said RNC Chairman Reince Priebus.

"Thanks to their generosity, we're able to engage year-round with voters on a community level, and we're able to make unprecedented investments in developing the best technology for our candidates and volunteers."

The Democratic National Committee has raised a total of $81,368,372, spent nearly $78 million so far and has $7.4 million in its war chest, according to opensecrets.org.

"Unlike the DNC, we're on a strong financial footing, so we will have the resources to connect with voters-especially voters who haven't heard from us in a long time-to share a solutions-based message and to listen to their concerns as we head toward November," Priebus said.

"The momentum is on the Republican side because Republicans are on the side of the American people. Voters are frustrated with ObamaCare and angry about the Democrat politicians who lied to them about it. They're worried about job security and their paychecks, and Republicans are the only ones offering solutions.

The RNC has more than $10 million cash on hand, according to opensecrets.org.