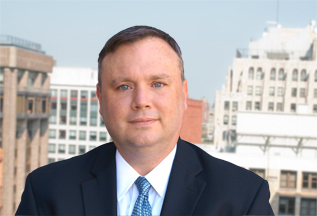 NEW YORK (Legal Newsline) - A four-month long asbestos trial in the New York Supreme Court that ended in a $12.5 million plaintiff victory can be attributed to its complexity and vast number of defendants at the onset of trial, says one trial attorney.

The four-month legal battle began in Justice Barbara Jaffe's courtroom in Nov. 2013 and came to an end on March 18 with a $12.5 million award in damages for three construction workers' families.

Danny Kraft, Jr. of Weitz & Luxenberg explained that asbestos cases are often times consolidated in order to save time, which is what happened here. Three separate but factually similar lawsuits were consolidated, allowing experts to testify once rather than being called to the stand three separate times.

Kraft added that if the cases were tried separately, his counsel would have been in trial for more than a year.

Represented by the Weitz & Luxenberg law firm, claimants Harry Brown, Patrick McCloskey and Carl Terry were each diagnosed with mesothelioma. Interview requests from the law firm have gone unanswered.

Brown worked as an insulator in the 1950s and 1960s building power houses for Consolidated Edison Co. of New York. Brown was a member of the Heat and Frost Insulators Local 12 Union during his employment.

McCloskey worked as a steamfitter during the original construction of the World Trade Center. He alleges his exposure is due to asbestos fireproofing spray applied during construction.

Defendant Mario & DiBono Plastering Co. applied the asbestos spray and was found to be 25 percent liable for acting with reckless disregard for the safety of those working at the site.

The Port Authority of New York and New Jersey owned the World Trade Center site, and its general contractor and agent Tishman Realty and Construction were both found not liable in both the Brown and McCloskey cases.

McCloskey was a member of the Steamfitters Local 638 Union during his career.

Terry worked as an electrician with the International Brotherhood of Electrical Workers Local 1 Union. He worked at job sites throughout New York. Eaton Corp. and Cutler Hammer Inc. manufactured asbestos-containing electrical components and were the only defendants in Terry's suit left at the time of verdict.

Kraft explained that the consolidated trial began with 30 defendants, meaning opening statements lasted much longer than what is typical during trial. Eventually, only Con. Edison, Mario & DiBono, Eaton and Cutler Hammer were left at the time of verdict.

Also, the cases were complex, Kraft said. In McCloskey's case alone, thousands of pages of records and depositions were needed because it involved the construction of the World Trade Center, he said.

"It took us a long time to get through all of the evidence," Kraft said.

During trial, the court adjourned for holidays, including two full weeks for Christmas and New Year's, as well as every Wednesday, Kraft added.

Jaffe entered an order on March 20 providing the eight jurors with a lifetime exemption from further jury service in New York County because the group served for more than 30 days during the course of this trial.