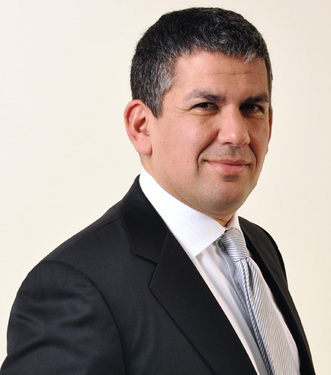 CENTRAL ISLIP, N.Y. (Legal Newsline) - A settlement has been reached in a class action lawsuit alleging Diamond Pet Foods manufactured and distributed certain pet food products that allegedly led to illness and death in some animals that consumed them.

The lawsuit was first filed in 2012 by New York resident Barbara Marciano, who claimed the dog food manufactured by Diamond Pet Foods caused her one of her dogs, Benji, to become ill and die, and another one of her dogs, Pepsi, to experience lethargy.

There are three subclasses of class members. Subclass I includes consumers who purchased certain pet food products in 2011 and 2012.

The defendants will create a settlement fund limited to a maximum of $750,000 to pay claims from those who purchased the pet food. Members of this subclass who submit a valid claim form will receive either payment up to a maximum value of two bags of pet food per pet; or a pro rata share of the net proceeds of the settlement fund for this subclass not to exceed the actual or estimated purchase price of up to two bags of the pet food per pet if the settlement fund is exhausted, if the total amount claimed by the eligible Subclass I members exceeds the funds available.

If applicable, Subclass I members can request reimbursement of the cost of veterinary care and/or the fair market value of the pet as set forth in Subclass II, according to the settlement order.

The defendants will create a settlement fund limited to a total maximum of $1.25 million to pay claims from Subclass II. Members of this subclass who submit a valid claim form will receive a full reimbursement of the actual cost of veterinarian testing, care and/or treatment.

The defendants will not be required to reimburse for any portion of the veterinary bill that is unrelated to suspected or actual salmonella illness. Subclass II members will only reimbursed for those veterinary or related charges deemed reasonable, necessary and typical within the class member's community, according to the settlement order.

The defendants will provide relief in the form of coupons to pay claims for Subclass III. Class members who submit valid claim forms shall receive one or more coupons with a face value of $2. A maximum of 50,000 coupons will be distributed.

Class members must submit a valid claim form by July 11. A final hearing will be held on Sept. 15.

Attorneys have until 28 days before the settlement hearing to file applications for award of attorneys' fees and expenses.

The defendants deny any wrongdoing but have agreed to a settlement to avoid the expense and uncertainty of trial.

Marciano claims prior to the recall, Diamond never warned her or any other member of the class that the recalled pet food would cause their pets to have health problems and possibly die.

In April 2012, the Food and Drug Administration, in collaboration with the Centers for Disease Control and other state and local officials, investigated a multi-state outbreak of Salmonella infections.

The FDA's investigation was prompted by Department of Agriculture officials from various states who reported they discovered Salmonella in unopened or sealed packages of Diamond brands.

The FDA's investigation revealed that a total of 14 people from nine states were infected by the outbreak and subsequently, the FDA's Center for Veterinary Medicine detected a strain of Salmonella virus at Diamond's manufacturing plant in Gaston, S.C., according to the suit.

Starting on April 6, 2012, Diamond initiated several recalls of its pet food due to Salmonella and in all, it recalled nine brands of pet food, including Chicken Soup for the Pet Lover's Soul, Country Value, Diamond, Diamond Naturals, Premium Edge, Professional, 4Health, Taste of the Wild, Apex, Kirkland Signature and Canidae.

The case is assigned to District Judge Sandra J. Feuerstein.