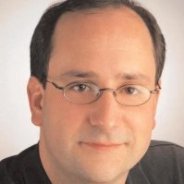 WASHINGTON (Legal Newsline) -- The U.S. Supreme Court heard arguments Monday in a case that, some argue, could prove significant for inventors, small businesses and the nation's economy.

The Supreme Court granted Alice's petition for writ of certiorari in December after the U.S. Court of Appeals for the Federal Circuit, sitting en banc, failed to reach an agreement in the case.

CLS sued Alice in the U.S. District Court for the District of Columbia in 2007, seeking a declaratory judgment that Alice's patents were invalid and unenforceable and that the bank did not infringe them.

Alice, which countersued, claims CLS started using their technology in 2002.

In May, the Federal Circuit -- which handles all U.S. patent appeals -- ruled 7-3 against patent eligibility of the method claims and 5-5 on the system claims, leaving the lower court's ruling that the system claims were ineligible in place.

And unless the nation's high court overturns the decision, all of Alice's claims are ineligible.

"Today's arguments before the Supreme Court in Alice Corporation v. CLS Bank underscore the essential question at hand: Are software patents abstract? No, they are not; patent claims that require computing elements cannot be abstract because computers are a tangible item," said Steve Borsand and Jay Knobloch of Trading Technologies.

The Chicago-based financial software firm was among the 46 that signed on to an amicus brief filed with the Supreme Court in support of Alice.

"Software deserves a fair chance to be considered for patents, just like any other invention," Borsand and Knobloch said in a statement. "Software patents represent the engine of this nation's innovation and a driver of our economy.

"Any finding that states software patents are abstract would be a colossal mistake, resulting in hundreds of thousands of patents being struck down impacting every sector of our economy, national GDP, myriad small businesses and American jobs."

"With this being the third case in four years that the Supreme Court has heard on 101 patent eligibility, the legal community and technology companies -- no matter which side of the fence they're on -- were hoping for clear guidance," Vinti said.

"What's clear from the justices' questions this morning is that they are not big fans of the specific patents in the case and may look to dispose of the case without answering the million-dollar question."

Vinti said the court's decision may end up being a "non-event."

"The only thing that was clear from today's line of questioning is that the justices are not impressed with petitioner's patents.

Beyond that, the justices are still wrestling with where the line should be between patentable versus unpatentable software," he said.