Ark. SC overturns $1.2B verdict against Johnson & Johnson over Risperdal 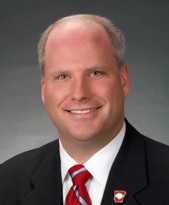 LITTLE ROCK, Ark. (Legal Newsline) - The Arkansas Supreme Court has joined its neighbor in reversing a massive verdict against Johnson & Johnson over the prescription drug Risperdal.

On Thursday, the Supreme Court overturned a $1.2 billion verdict assessed by Pulaski County Circuit Court Judge Tim Fox in 2012. In Attorney General Dustin McDaniel's lawsuit, it was alleged that the company minimized health risks associated with the prescription antipsychotic in a letter sent to thousands of doctors in 2003.

It is the second bit of bad news this year for private attorneys hired by state attorneys general to pursue Risperdal cases. In January, the Louisiana Supreme Court struck down a $258 million verdict.

Risperdal is alleged to cause weight gain-related diseases like diabetes when it is taken, but Justice Karen R. Baker's majority opinion says it is considered "highly beneficial" in treating schizophrenia patients.

Fox had ruled the company violated both and imposed the minimum statutory fine of $5,000 per violation on hundreds of thousands of violations.

As to the DTPA claim, Baker and the majority ruled Fox erred when he allowed a warning letter sent by the federal Food and Drug Administration to be admitted as evidence.

"(W)e note that for evidence to be admissible, it must be more probative than prejudicial," Baker wrote.

Citing a previous case, Baker wrote, "Reports issued by governmental agencies, because of their 'official' nature, may well carry inordinate weight in the minds of jurors."

The verdict would have meant a windfall for private attorneys hired by McDaniel to pursue the case. After Fox made his $1.2 billion decision, he awarded attorneys at Houston-based Bailey Perrin Bailey $181 million in fees.

Bailey Perrin Bailey pushed Risperdal, Zyprexa and Seroquel cases around the country. Though no one at the firm contributed directly to McDaniel, Kenneth Bailey did give the Arkansas Democratic Party $70,000 in 2006.

Bailey Perrin Bailey did not represent Louisiana in its suit. In January, the Louisiana Supreme Court overturned a nearly $258 million verdict because the Attorney General's Office failed to establish sufficient facts to prove a cause of action under the state Medical Assistance Programs Integrity Law.

Previously, Johnson & Johnson had paid $181 million to settle any litigation with 37 attorneys general. Attorneys general who brought their own suits, like McDaniel and Charles Foti in Louisiana, have had varying levels of success with their individual claims.

Texas settled with the company for $158 million, though the State was expected to receive only $61 million. The rest will go to the federal government and a whistleblower.

A South Carolina judge assessed a penalty of $327 million, which has been appealed.

Janssen, a subsidiary of Johnson & Johnson agreed to pay $2.2 billion to resolve federal criminal and civil investigations over the drug in November.