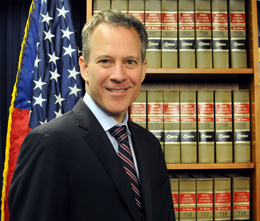 Under the terms of the agreements, the firms agreed to discontinue or continue refraining from the practice of cooperating with analyst surveys. The firms will also cooperate with Schneiderman's inquiry into the early release of analyst sentiment.

Schneiderman said analyst surveys are administered by certain elite, technologically sophisticated clients at the expense of others, which puts other clients and the market at large at an unfair disadvantage. He referred to the early release of market-moving data to preferred investors as "Insider Trading 2.0."

"At my request, these firms have agreed to stop a practice that can offer an advantage to powerful clients at the expense of others," Schneiderman said. "Our markets will only be fair and healthy if everyone plays by the same rules, which is why we will continue to take action against those who provide unfair advantages to elite traders at the expense of the rest of us. I applaud these firms for their leadership and cooperation."

In January, Schneiderman reached an agreement with BlackRock, the world's largest asset manager. BlackRock agreed to end the practice of systematically surveying Wall Street analysts for their opinions on firms they cover. Schneiderman's office alleged the surveys allowed BlackRock to obtain information from analysts that could be used to front-run future analyst revisions.