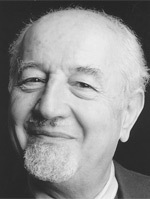 NEW YORK (Legal Newsline) - Two questions filed in a class action lawsuit against SimplexGrinnell that was appealed to the U.S. Court of Appeals for the Second Circuit have been certified.

John Doe Bonding Companies 1 through 3 were also named as defendants in the suit.

On June 21, 2011, an order granting summary judgment in favor of SimplexGrinnell on breach of contract claims relating to its alleged failure to pay the plaintiffs prevailing wages for texting and inspection work performed was filed in the U.S. District Court for the Eastern District of New York.

Senior Circuit Judge Guido Calabresi said the case raises two questions of New York law that are unsettled and of importance to the relationship between the state's administrative agencies and its courts, as well as to the functioning of New York's labor law.

"It asks, first, whether a court should give deference not only to any agency's substantive interpretation of a statute arising from an unrelated proceeding, but also to its decision to enforce that interpretation only prospectively," the certification states.

"And it asks, second, whether contracts committing parties to pay prevailing wages pursuant to section 220 of the New York Labor Law need to specify--what particular work the prevailing wages will be paid for."

The case was initially brought by workers who installed, maintained, repaired, tested and inspected fire alarm and suppression systems in public and private buildings in New York for SimplexGrinnell.

The plaintiffs claimed since at least February 2001, SimplexGrinnell did not pay them prevailing wages for their labor on public works in violation of New York Labor Law Section 220.

The case was originally brought in New York state court in 2007 and was removed to the U.S. District Court for the Eastern District of New York, where the parties consented to the jurisdiction of Magistrate Judge Steven Gold.

Among other claims, the plaintiffs claimed third-party breach of contract claims based on the defendant's failure to pay prevailing wages and, because the plaintiffs had chosen to bring the third-party breach of contract suit to court, rather than in an Article 78 proceeding before the Department of Labor, the DOL had no formal role in the proceeding, according to court documents.

While in litigation, Simplex asked the DOL for clarification, and the plaintiffs "were not privy to these communications between Simplex and the DOL."

"As part of these communications, Simplex provided the DOL with matrices reflecting its views of what work was 'covered' by the statute and therefore entitled to the payment of prevailing wages, and what work was not," the certification states. "In the matrices provided by Simplex, testing and inspection work was not listed as covered. The DOL posted the matrices on its website."

Patricia Smith, the then-commissioner of the DOL, ordered the matrices to be removed and decided to issue an opinion letter on the matter.

In the letter, the DOL concluded that testing and inspection work was covered under section 220 of the NYLL and hence, entitled to payment of the prevailing wage, according to the document.

After the DOL issued its opinion letter to Simplex, the parties completed discovery in the Eastern District and filed cross motions for summary judgment.

Simplex relied on the DOL's opinion letter in its motion, and the district court granted Simplex's motion to dismiss the plaintiffs' claims relating to testing and inspection work.

The district court held that the plaintiffs' testing and inspection claims for the period of litigation could not proceed since the agency - in its own enforcement subsequent to its Dec. 31, 2009, ruling - was requiring the prevailing wages only be paid prospectively, according to the document.

"Whatever the merits of either of these approaches, the scope of deference to be given here in unclear to us. This is especially so because--unlike a case that begins as a review of proceeding under Article 78, and in which after the agency has held a hearing and has made a determination, judicial review is limited to whether that determination was arbitrary, capricious or an abuse of discretion...this case began in court," the document states.

Significantly, while the state Court of Appeals has made clear that some deference is due to an agency determination even when the case was begun in court, the deference the district court paid here related not solely to the substantive conclusion drawn by the agency, but also to the agency's decision to enforce the statute in its own proceeding solely in the future, the order says.

"Whether such deference should be given to any agency is an unsettled matter in New York courts," the document states. "The issue, then, seems appropriate for certification. Certification permits us to invite state courts to clarify and establish their own law."