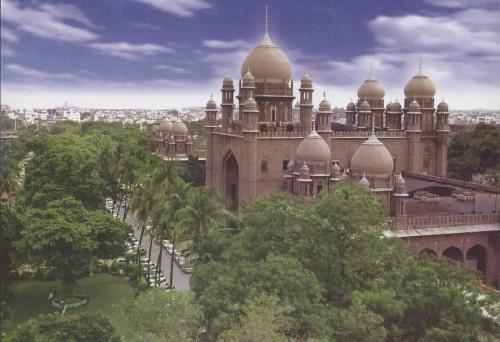 The Supreme Court in India had its ninth hearing regarding Google's appeal on Jan. 27, continuing the case for another four weeks.

Visaka claims two posts written on the BANI blogspot in 2008 defamed the company. Now, Google is appealing the Andhra Pradesh High Court's dismissal of its petition in the lawsuit.

According to a blog post from July 31, 2008, titled "Visaka Industries Kills for Profit," the group alleges that Visaka is enjoying the highest political patronage because it is owned by a senior Congress leader's family. It also accuses Visaka of profiting significantly from its alleged asbestos use despite known dangers.

Krishna then wrote a post on Nov. 20, 2008, titled "Poisoning the System," claiming again that the government had personal interest in Visaka and its success.

"Clearly, there is a political consensus in India to promote asbestos at any human cost," Krishna wrote. "We might very soon hear the announcement about the lifting of ban on asbestos mining under the influence of Andhra Pradesh asbestos miners."

He continued by criticizing India for refraining from placing a ban on chrysotile asbestos. He wrote that the country is "hiding behind the smokescreen of discredited science" and requires evidence proving the chrysotile asbestos fibers lead to disease among workers.

"In the case of chrysotile asbestos, India said it won't take a decision until a health study on the impact of this substance announces its findings," Krishna wrote. "The study is being done by the Ahmedabad-based National Institute of Occupational Health. However, what India failed to inform the international community was that the study was funded in part by the asbestos industry whose representatives provide 'study samples, scientific studies and comments,' and have access to all the findings of the study even while it's on. Still worse, the study is kept under wraps and is not accessible to public health specialists or labour groups."

However, Visaka, established in 1981 to manufacture corrugated cement fiber sheets, created a non-asbestos fiber broad and panel division in 2009 to "cater to the needs of modern construction designs."

Google filed a petition in the case to throw out Visaka's lawsuit, claiming it only provides a network service for groups and third parties to freely post their own content. However, the high court wasn't convinced and dismissed the petition on April 19, 2011.

According to the order given by Justice Samudrala Govindarajulu, BANI wrote defamatory articles that are "available in cyber space in the form of articles for worldwide audience," robbing Google of its immunity to liability.

Describing the lawsuit, Govindarajulu said BANI is hosted by Google and allowed published articles accusing Visaka of poisoning the system; but more importantly, the articles name renowned politicians "who have nothing to do with the ownership or management of the complainant-company."

Google claimed immunity according to Section 79 of the Information Technology Act, which states that a network service provider is not liable for third party information in the event that the provider can prove that the offense was committed without its knowledge or participation.

However, the court disagreed, interpreting the Act as not exempting a network service provider "from liability must less criminal liability for the offenses under other laws or more particularly under the Indian Penal Code."

Section 79 was also amended in 2009, which clarifies where intermediaries are not liable. It states that network service providers are not liable when they are not initiating the transmission and simply provide access to the communication system.

Govindarajulu further argued, however, that in the present case, Google failed to block the offensive material or stop dissemination of the unlawful and objectionable material, eliminating Google's exemption argument.

According to Article 66A of the Information Technology Act, defamation crimes in India are punishable by imprisonment up to three years and a fine.

"There is not exemption of any criminal liability in respect of a company which is a juristic person and which has no body that can be damned or contemned," Govindarajulu wrote. "In case found guilty, [Google] can be awarded with appropriate punishment though not corporal punishment. In the view of the matter, I find no merit in this criminal petition."