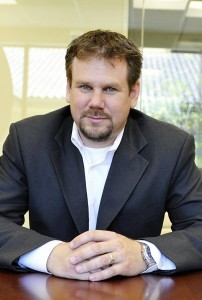 PALO ALTO, Calif. (Legal Newsline) -- Few have spoken out against the various patent reform measures floating around Congress. But Christopher Banys, a California attorney who represents inventors and small businesses, doesn't mince words: he calls the proposed legislation a "travesty."

"I think the long-term effect of bills like these is to take America out of the running for innovation," he said Tuesday.

"These measures -- the Goodlatte bill and others being considered in the Senate -- would shut the courthouse door to all but the richest people."

Rep. Bob Goodlatte, R-Va., introduced the Innovation Act, which was approved by the House with virtually no debate last month and has since been sent to the Senate.

Sen. Patrick Leahy, D-Vt., introduced his own bill, the Patent Transparency and Improvements Act of 2013. The bill was assigned to a congressional committee in November. It must be considered before it is possibly sent on to the House or Senate as a whole.

Unlike Goodlatte's measure, Leahy's bill does not include the provisions that would force patent infringement case management rules on the district courts or procedures as to pleading, discovery timing and limits, cost-shifting related to discovery or loser-pays fee shifting.

Either way, Banys, founder of Palo Alto-based Banys PC, contends federal lawmakers are trying to set up a system in which only multi-national, multi-billion dollar companies can enforce their patent rights.

"The extreme danger is that Congress is going to overcorrect and damage the entire patent system in the process just because these companies are upset, running to lawmakers, telling them they're getting sued and calling every suit frivolous," he said, adding that it's far from the truth.

"The problem is that the inventions that lead to all of these technological advances (in cell phones, computers, etc.) weren't just made by people at a couple of big companies. They were made by university professors, independent guys, people who were trying to start their own companies but failed.

"And now those inventors are saying to these companies, hey, wait a minute. Your phone, or whatever, has my invention on it. And so then they sue."

Banys was among those who testified on the proposed patent reforms before the Senate Judiciary Committee last week.

The meeting was a debate format, and didn't focus on a specific proposed bill.

"(The Senate) has been putting a lot of effort into understanding the need for and the ramifications of the bills," Banys said of the meeting.

"I'll give them that. They're trying to take their time and figure out what the right thing to do is -- unlike the House, which basically ran the Goodlatte bill through with only one hearing, and no one opposed to the bill testified to that live."

Banys, who submitted written testimony in opposition to the bill, said lawmakers are jumping the gun.

Congress already has passed the America Invents Act, or AIA. The measure was signed into law by President Barack Obama in 2011, and its central provisions put into effect in March 2013.

The law switched the U.S. patent system from a "first to invent" to a "first inventor to file" system, eliminated interference proceedings and developed post-grant opposition.

Banys argues that many of those changes have yet to be fully felt.

"With the ink barely dry on the last patent bill and several important patent cases before the Supreme Court, now is not the time to tinker with patent rights," he said.

Then, what is the answer?

"I think legislation always has unintended consequences," Banys said, adding that the focus should be on refining the current patent system.

"I think the U.S. Patent and Trademark Office is underfunded, and the process of enforcing patents is too complicated and too expensive.

"Everyone would benefit if they could get relief in a short period of time without it costing millions of dollars. I think defendants would appreciate that, too."

Unless the right changes are made, Banys said patent trolls -- which, he contends, is a marketing name that is applied "very broadly" these days -- will end up thriving.

"They're going to feed the trolls," he said, admitting he also represents some patent assertion entities. "(The trolls) are going to be able to buy patents at fire-sale prices."

Want to get notified whenever we write about Intel ?

Sign-up Next time we write about Intel, we'll email you a link to the story. You may edit your settings or unsubscribe at any time.