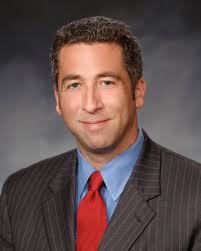 SACRAMENTO (Legal Newsline) - Two years ago, Tom Gray set out to explore why California - a state that historically attracted new residents from all over the country - suddenly shifted to a state that repelled unprecedented numbers of people.

"For decades after World War II, California was a destination for Americans in search of a better life," Gray wrote in "The Great California Exodus: A Closer Look," a report he co-authored with Robert Scardamalia for the Manhattan Institute, a conservative public policy organization.

"In many people's minds, it was the state with more jobs, more space, more sunlight, and more opportunity. They voted with their feet, and California grew spectacularly (its population increased by 137 percent between 1960 and 2010).

"However, this golden age of migration into the state is over. For the past two decades, California has been sending more people to other American states than it receives from them. Since 1990, the state has lost nearly 3.4 million residents through this migration."

In the midst of increasing taxes, rigorous regulations and frivolous lawsuits, many California business owners and their supporters agree that business operations have declined in the state. They also argue that businesses will continue to move to other states or even shut down as a result of the state's business climate.

He points out that even though unemployment rates continue to fluctuate, there are still two million California residents without jobs.

He adds that Chief Executive magazine once again ranked California as the worst state for business in 2013, while another study by Spectrum Locations Consultants reported that the number of businesses exiting the state increased by 26 percent in recent years.

"We're certainly seeing a lot of businesses on the medium- and large-scale level finding it a lot more attractive to set up shop in Texas, Nevada, Wyoming and other states that are more business-friendly," Kabateck said.

For their report, Gray and Scardamalia collected data from the U.S. Census Bureau, Internal Revenue Service, Bureau of Labor Statistics, California Department of Finance and the Federal Housing Finance Agency to show California residents started leaving in the 1990s. In addition to factors like economic adversity and population density, Gray points out that fiscal uncertainty became crucial for business owners.

According to the report, after a series of economic upturns and downturns, California's Standard & Poor's credit rating was BBB, the worst in the nation, by 2003. The state was "patching together budgets through short-term borrowing and accounting tricks," and when recovery arrived a few years later, it did little to resolve the imbalance between revenue and spending.

"They didn't know from one year to the next what the state was going to do," Gray said. "It was almost perpetually in deficit and struggling to come up with revenue. If we put ourselves in the shoes of a company that wants to either come to California or expand in California, or expand somewhere else, they don't like the uncertainty about taxation and what's going to come down the pike."

He adds that instability helped push business owners toward other large, but still fiscally sound states like Texas that offered essential services, as well as tax breaks and other incentives.

In Kabateck's experience, small businesses in California find it more difficult to escape the state's problems. He contends that unlike larger businesses, they don't operate with the financial, legal or administrative support that allows them to easily relocate to other states. They also lack the ability to quickly rebuild their clientele.

Instead, Kabateck says, many small business owners must alter their operations in other ways.

"That's a very sad statement for our state when we have politicians who continuously talk about small businesses being the backbone of our economy."

Since Gray and Scardamalia released their report, Gray admits California has taken steps to turn its economy around. He explains that the state raised taxes, started saving money and improved its credit rating.

"Jerry Brown is trying to keep the state on an even keel," Gray said. "Whether he succeeds is up to the legislature. I think the more liberal Democrats want to spend more, but he's held up the position that he wants to have a rainy day fund. We'll see what happens."

In its December report, the California Chamber of Commerce Economic Advisory Council noted that although overall growth in California remains disappointing, parts of the economy, such as the stock market, home prices, and technology and energy sectors, are improving.

The report also finds that California continues to experience a bifurcated recovery, with coastal areas rebounding more quickly than interior areas of the state. In particular, the Bay Area and Southern California have shown stronger job gains, reduced unemployment and increased home prices.

"Even with a bifurcated recovery, California has been able to put up some impressive numbers," the report states. "Real GDP grew 3.5 percent in 2012 and personal income has risen 3% over the past year... Moreover, every metropolitan area has seen employment increase over the past year."

Even as its economy improves, Gray contends that California needs to implement many changes to keep businesses from leaving the state. He points out that one of the most significant improvements would be allowing temporary sales and income tax increases to expire in the future.

"The state is doing well economically, it's running, but we're still a very high-tax state," Gray said. "The business community wants to see a return to the tax levels that were there historically. We've never been a low-tax state, but they don't want California to continue to see more and more taxes."

Want to get notified whenever we write about Manhattan Institute ?

Sign-up Next time we write about Manhattan Institute, we'll email you a link to the story. You may edit your settings or unsubscribe at any time.