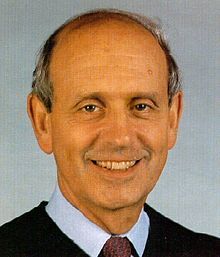 WASHINGTON (Legal Newsline) -- The U.S. Supreme Court, in a unanimous decision Wednesday, ruled that patent holders still bear the burden of proving infringement even if they are not the ones filing a legal action.

In Medtronic Inc. v. Mirowski Family Ventures LLC, the nation's high court reversed a decision by the U.S. Court of Appeals for the Federal Circuit. The Federal Circuit handles all U.S. patent appeals.

"This case asks us to decide whether the burden of proof shifts when the patentee is a defendant in a declaratory judgment action, and the plaintiff (the potential infringer) seeks a judgment that he does not infringe the patent.

"We hold that, when a licensee seeks a declaratory judgment against a patentee to establish that there is no infringement, the burden of proving infringement remains with the patentee. We reverse the Federal Circuit's determination to the contrary."

The case will be remanded back to the Federal Circuit for further review of other issues.

"We are very pleased with the court's unanimous ruling, which affirmed in this case there is no reason burden of proof law should favor the patentee," Neill Ayotte, vice president and acting general counsel at Medtronic, said Wednesday.

They have a licensing agreement that permits Medtronic to practice certain Mirowski patents in exchange for royalty payments, and that specifies procedures to identify products covered by the license and to resolve disputes between the parties.

Pursuant to those procedures, Mirowski notified Medtronic that several of Medtronic's products infringed the licensed patents.

Medtronic then challenged that assertion of infringement in a declaratory judgment action, while accumulating disputed royalties in an escrow account for distribution to the prevailing party.

It acknowledged that a patentee, or patent holder, normally bears the burden of proof. But it concluded that where the patentee is a declaratory judgment defendant and, like Mirowski, is foreclosed from asserting an infringement counterclaim by the continued existence of a licensing agreement, the party seeking the declaratory judgment -- in this case, Medtronic -- bears the burden of persuasion.

Arthur Neustadt, of the Fairfax, Va., law firm Oblon Spivak McClelland Maier & Neustadt LLP and who serves as lead counsel for Mirowski, said Thursday he believes his client will prevail before the Federal Circuit on the remaining issues.

However, he fears the Supreme Court's decision ultimately will mean less licensing and more litigation.

"With the Supreme Court's new ruling, we could have situation where a patentee will give a license on Monday and then on Tuesday -- literally the next day -- the licensee can bring a suit against the patentee," Neustadt explained.

"And now, the patentee has lost all of the relief it normally would be entitled to."

And there's really no way to write in provisions in a license preventing such a situation, he said.

"You can't preclude licensees from bringing suit," he explained.

Neustadt said the case should be a cautionary tale to those patent holders considering signing a licensing agreement.

"You've got to be careful," he warned. "You really need to be well-advised."