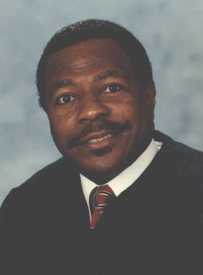 Since 1989, Floyd has presided over the 172nd District Court in Beaumont - the Southeast Texas city that birthed the Provost Umphery and Reaud, Morgan & Quinn law firms.

The firms' founders, Walter Umphrey and Wayne Reaud, earned notoriety for their work in asbestos mass torts. Umphrey and Reaud, two of the "Tobacco Five" lawyers, also earned fame by negotiating a multibillion-dollar tobacco settlement for Texas in 1999, which netted $3.3 billion in attorney fees.

Floyd's campaign finance reports show that on Nov. 6, the PU firm made a contribution of $15,000.

Floyd will face off against Republican challenger Rick Williams.

Every year, Floyd presides over civil lawsuits brought by the PU and RMQ law firms.

In May 2008, Floyd, at the request of RMQ partner John Morgan, tossed out a jury verdict in favor of chemical giant DuPont without offering an explanation as to why, originally reported by the Southeast Texas Record.

The RMQ firm, representing the family of Willis Whisnant Jr., had unsuccessfully asked the jury to award its clients $1 billion in damages, arguing that DuPont maliciously exposed Whisnant to asbestos throughout his refinery career.

Since Floyd never clarified his reasons for granting a new trial against DuPont, despite orders by the Texas Supreme Court to do so, people can only speculate on his motives for granting RMQ's motion for new trial.

A campaign finance report filed with Texas Ethics Commission shows that on March 6, 2012, Floyd paid $300 to put an ad in The Examiner - a Beaumont newspaper owned by Reaud.