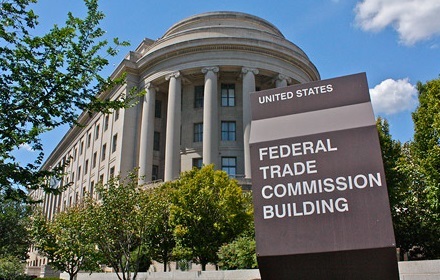 MPHJ, a patent troll that recently settled with New York Attorney General Eric Schneiderman over its conduct, filed its complaint against the FTC in the U.S. District Court for the Western District of Texas Jan. 13.

Patent trolls -- sometimes referred to as "patent assertion entities" -- are companies that purchase groups of patents without an intent to market or develop a product. The companies then target other businesses with lawsuits alleging infringement of the patents they bought.

MPHJ has been accused of demanding businesses pay $1,000 per worker for using a process of scanning and emailing an electronic document.

"The bases upon which the FTC defendants have threatened MPHJ, its owner and manager, and its agents and counsel with suit are unlawful at least because they violate MPHJ's constitutional rights, are in contradiction to applicable federal law, in particular the federal patent law, are contradicted by the relevant facts, and are in disregard of the law establishing that the FTC has no authority to regulate or interfere with the patent enforcement activity at issue, or with MPHJ's right to choice of counsel for representing it in connection with its patent enforcement activities," wrote attorney Steven R. Daniels of Texas-based law firm Farney Daniels PC.

MPHJ is suing to enjoin the FTC from threatening a suit against the company's patent enforcement efforts, which, MPHJ argues, are both lawful and constitutionally protected.

"The FTC's threatened suit is principally based upon the FTC's contention that if any U.S. patent owner threatens suit for infringement, even against a single infringer, and then fails promptly to bring suit for infringement, then that U.S. patent owner has committed an unfair trade practice under Section 5 of the FTC Act unless the patent owner bears the burden and can prove that at the time the threat was made, it intended to bring suit," Daniels wrote in the 55-page complaint.

"Here, the FTC contends that MPHJ did not intend to bring suit at the time it allegedly threatened suit, and that such conduct is a violation of Section 5 of the FTC Act unless MPHJ can prove otherwise.

"Setting aside that the FTC's factual premise is false, and that MPHJ can show that it did intend to bring suit at the time the alleged threats were made, the FTC's legal premise is flawed on multiple grounds."

In a corporate statement last week, MPHJ said it believes the FTC has decided it simply does not like the free speech in which the company is engaged and is seeking to interfere with or stop that speech.

"The FTC's issues appear to be based principally upon its remarkable and new contention that if any U.S. patent owner threatens suit for infringement, even against a single infringer, and then fails promptly to bring suit for infringement, then the FTC may sue it for committing an unfair trade practice unless the patent owner can prove that at the time the threat was made, it intended to bring suit."

MPHJ contends the FTC is factually wrong about its intentions with respect to its alleged threats to bring suit.

"But more importantly, the FTC is wrong in thinking that it has any authority over this matter," the company said. "Congress has specifically prohibited the FTC from having authority in circumstances like these, and the courts have also ruled that the FTC cannot regulate the conduct it accuses here.

"The FTC bases its threats on grounds similar to those of the Nebraska Attorney General (Jon Bruning), who last year also challenged MPHJ's patent enforcement activity."

The company took similar action against Bruning, asking a federal court to declare its conduct lawful and protected.

Judge Joseph Bataillon for the U.S. District Court for the District of Nebraska ruled in September that an order by the attorney general, which barred Farney Daniels from sending demand letters, violated Activision TV Inc.'s rights under both the U.S. Constitution and federal patent law.

"As important, and as the Nebraska district court recognized, patent owners have a First Amendment right to communicate regarding their patents, and the FTC's actions are plainly in violation of those rights," MPHJ said in its statement.

"MPHJ is confident that the Texas federal district court from which it now seeks similar protection from the FTC will lead to a similar result."

The FTC could not immediately be reached for comment on the lawsuit.