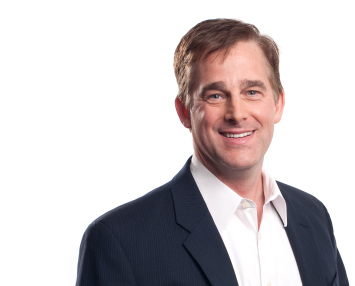 OAKLAND, Calif. (Legal Newsline) - A federal class action lawsuit has been filed in the U.S. District Court for the Northern District of California after the plaintiffs claim Facebook violated its users' privacy by using data from private messages to generate targeted advertisements.

In their class action complaint, Matthew Campbell and Michael Hurley claim contrary to its representation, "private" Facebook messages are systematically intercepted by the company in an effort to learn the contents of the users' communications, according to a complaint filed Dec. 30 in the U.S. District Court for the Northern District of California.

Campbell and Hurley claim in the course of the last year, independent security researchers discovered that Facebook reviews the contents of its users' private Facebook messages for purposes unrelated to the facilitation of message transmission.

"When a user composes a Facebook message and includes a link to a third part website... the company scans the content of the Facebook message, follows the enclosed link and searches for information to profile the message-sender's web activity," the complaint states.

This practice is not done to facilitate the transmission of users' communications via Facebook, but, because it enables Facebook to mine user data and profit from those data by sharing them with third parties-namely advertisers, marketers and other data aggregators, according to the suit.

Campbell and Hurley claim representing to users that the content of Facebook messages is "private" creates an especially profitable opportunity for Facebook, because users who believe they are communicating on a service free from surveillance are likely to reveal facts about themselves that they would not reveal had they known the content was being monitored.

Thus, Facebook has positioned itself to acquire pieces of the users' profiles that are likely unavailable to other data aggregators, according to the suit.

Campbell and Hurley claim almost the entirely of Facebook's revenues derive from the sale of third party advertisements, which the company is able to target toward its users based upon personal data it mines and stores.

In 2011, Facebook earned $2.7 billion from targeted advertising sales, according to the suit.

"The more otherwise-unavailable information the company can collect about its users--including the content of their private communications--the more valuable its advertising capacity," the complaint states.

Facebook hides this practice from its users, but it is candid about its activities in its technical guidance for web developers, according to the suit.

Campbell and Hurley are seeking an order determining that this action may be maintained as a class action; judgment against Facebook for the asserted causes; appropriate declaratory relief against Facebook; preliminary and permanent injunctive relief against Facebook; and statutory damages. They are being represented by Michael W. Sobol, Melissa Gardner, Rachel Geman and Nicholas Diamand of Lieff Cabraser Heimann & Bernstein LLP; and Hank Bates, Allen Carney and David Slade of Carney Bates & Pulliam PLLC.