Texas trial lawyer: AG's office should be about 'bringing in money' and protecting consumers 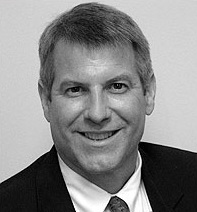 HOUSTON (Legal Newsline) - No one would argue that Sam Houston helped shape Texas' role as a prosperous state - a state that, some would argue, continues to economically outshine its union counterparts to this day by fostering a business-friendly atmosphere.

And now, 150 years later, a new Sam Houston seeks to reshape the role and "atmosphere" of the Lone Star state by becoming its 50th attorney general.

"Republicans are using the office to help themselves and not the state," Houston said in a Jan. 7 interview.

If elected, Houston said he would use his position as attorney general to stay the trend of lawsuits filed against the federal government, which proponents say seek to protect the state from federal overreach, and instead focus more on lawsuits aimed at making money and protecting consumer rights.

"Litigation should be a last resort," Houston said. "The office ought to be about bringing in money and protecting consumer rights."

He added that the slew of lawsuits state Attorney General Greg Abbott has brought against the Environmental Protection Agency over industrial plant air quality really only help a "select few" and not the state as a whole.

"After years of watching Greg Abbott use the Texas Attorney General's Office to advance his political career, I want the office to get back to the business of serving Texas."

Houston believes career politicians have been using the office as a steppingstone and that it's time an actual lawyer becomes the chief lawyer of Texas.

"My experience as a lawyer will bring a whole new dynamic to the office," Houston said. "We haven't had that."

Because he is a distinguished civil litigator, Houston was asked if he planed to use the office to outsource state-brought lawsuits against corporations to law firms connected to him in some manner.

"I'd be very hesitant to outsource to anyone without full disclosure; it's not something I've given much thought to yet," Houston answered, adding that there are extreme guidelines in place for contingency fees.

Houston maintains that under Abbott's leadership, the Texas Attorney General's Office has served special interests for far too long, and that any of the current Republican candidates running would work to maintain the obstructionist bias that has become the status quo under Abbott.

"Texans need an attorney general that works to represent them and not just certain partisan special interests," Houston said in a press release. "Texas deserves to have a hard-working attorney representing the state, and not someone who has spent their life climbing the political ladder."

He was born and raised in the small west Texas town of Colorado City, attended the University of Texas in Austin and received his law degree from Baylor University.