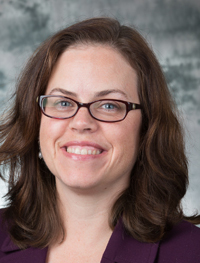 WASHINGTON (Legal Newsline) -- The National Association of Manufacturers and the Virginia Manufacturers Association have filed a lawsuit in federal court to stop the Office of Federal Contract Compliance Programs from requiring federal contractors to post union notices.

The notices, ordered by the U.S. Department of Labor's Office of Labor-Management Standards and the OFCCP and set forth in a "posting requirement" rule, are framed in such a way as to "unfairly promote unionization," NAM and VMA argue in their complaint.

The groups filed their 13-page complaint in the U.S. District Court for the District of Columbia Circuit Wednesday.

"The imposition of such a notice requirement constitutes a massive and unprecedented expansion of the agencies' jurisdiction," they wrote.

In addition, OLMS's promulgation of the rule is plainly "in excess of statutory jurisdiction, authority or limitations, or short of statutory right," in direct violation of the Administration Procedure Act and the First Amendment, the groups contend.

NAM and VMA argue that it must, therefore, be enjoined and set aside.

A similar rule, put forth by the National Labor Relations Board, was struck down earlier this year by the U.S. Court of Appeals for the District of Columbia Circuit in another lawsuit brought by NAM.

This rule requires federal contractors to put up posters informing employees that they have the right to organize, picket and strike.

"The courts have already ruled that these posters amount to compelled speech and extend beyond the intent of the National Labor Relations Act -- federal contractors deserve the same protection from this aggressive overreach," NAM Senior Vice President and General Counsel Linda Kelly said in a statement Wednesday.

"While we would prefer that agencies simply adhere to existing law, the NAM and the VMA will utilize all tools at our disposal to protect manufacturers, including fighting and winning in the courts."

In a recent NAM/IndustryWeek survey, nearly 77 percent of manufacturers listed "reducing the regulatory burden" as a key part of a pro-growth agenda that will enable them to compete and create jobs.

"Protecting Virginia's 'right to work' status is integral to the mission of the VMA and the success of Virginia's manufacturers and contractors, and the OFCCP rule tips that delicate balance," VMA President and CEO Brett Vassey said in a statement.

"We're proud to join with the NAM to take our case to the courts where we expect another ruling in favor of the First Amendment."