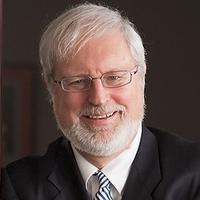 BRISTOL, R.I. (Legal Newsline) -- A law school dean and expert in class-action lawsuits and mass torts said Tuesday he wouldn't be surprised if a $1.1 billion ruling against one-time paint and pigment manufacturers isn't upheld at the next level.

David A. Logan, dean and professor at Roger Williams University School of Law in Rhode Island, said he also wouldn't be surprised if one of the remaining defendants -- NL Industries, ConAgra Grocery Products and The Sherwin-Williams Company -- ends up settling.

"The question now is how hard to fight at the next level or whether to engage in any kind of settlement talks," he said. "If past practice holds, there will be some back-channel communications going on between the defendants and the plaintiffs.

"Some (of the defendants) have been down this road before."

In his long-awaited ruling following a six-week trial this fall, Santa Clara Superior Court Judge James Kleinberg said Monday the three companies must shell out to replace or maintain lead paint in millions of homes.

The federal government banned lead-based paints in the United States in 1978, but the plaintiffs argued that the paint remains in millions of homes and is the primary source of childhood lead poisoning today and that the only remedy for this public nuisance is abatement.

Kleinberg agreed, but dismissed two of the defendants -- Atlantic Richfield Company and DuPont -- from the lawsuit.

"If those are not accepted, we will file a motion for a new trial or mistrial, and if that is rejected we will appeal the court's decision," spokeswoman Bonnie Campbell said late Monday.

The companies have 15 days to file their objections to Kleinberg's tentative ruling.

"The judge's decision is wrong under California law and wrong on the facts," Campbell, a former Iowa attorney general, said Tuesday.

"If other cities, counties or states carefully review this decision, they will see that it does not apply in their jurisdictions either. They will find that the judge's decision contradicts local, state and federal regulations -- including those of the EPA and HUD -- recognizing that the safest way to deal with lead-based interior paint is through proper owner maintenance and repainting."

Logan said although Kleinberg's ruling is encouraging for plaintiffs, he questioned whether it would change the willingness of potential litigants to file similar lawsuits.

"I don't think so," he said. "This is certainly a favorable sign for plaintiffs, but that's all it is -- a sign. It's not a motif for a whole new strategy."

Lead paint cases, he explained, are incredibly complicated and expensive to litigate.

"A victory in a California trial court probably won't make a difference," Logan said. "I doubt a lot of people are going to jump in and take on these complicated cases based on this decision.

"But the calculus changes once it gets to the appellate or supreme court."

While Logan could not say whether Kleinberg's ruling will be upheld at the next level, he pointed to the results of similar public nuisance cases in other states.

In Rhode Island, for example, the state Supreme Court ruled that the public nuisance claim should have been dismissed at the outset because the state cannot allege that the defendants' conduct interfered with a public right or that the defendants were in control of lead pigment at the time it caused harm to children.

"It's more complicated than your typical lawsuit," Logan said. "These cases involve actors who made a product that was put on walls 20, 30 or 40 years ago and haven't been able to control the premises.

"It's just an awkward set of relationships here."

"The message to businesses from this ruling is: If you don't have a crystal ball, you can be sued," Rickard said.

"Under the court's logic, it doesn't matter if businesses had no way of knowing about harms caused by products -- they can still be sued, even decades after the products were sold.

"This ruling opens the floodgates for a surge of frivolous lawsuits and sets a dangerous precedent for other activist courts across the country to follow."