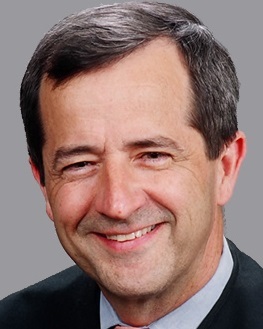 A three-judge panel of the U.S. Court of Appeals for the Fifth Circuit issued its 28-page opinion Tuesday.

The NLRB held that D.R. Horton Inc., a home builder with operations in more than 20 states, violated the NLRA by requiring its employees to sign an arbitration agreement that, among other things, prohibited an employee from pursuing claims in a collective or class action.

In 2006, Horton began requiring all new and existing employees to sign, as a condition of employment, what it called a Mutual Arbitration Agreement. Three of its provisions are at issue.

First, the agreement provides that Horton and its employees "voluntarily waive all rights to trial in court before a judge or jury on all claims between them."

Second, having waived their rights to a judicial proceeding, Horton and its employees agreed that "all disputes and claims" would "be determined exclusively by final and binding arbitration," including claims for "wages, benefits or other compensation."

These provisions meant that employees could not pursue class or collective claims in an arbitral or judicial forum. Instead, all employment-related disputes were to be resolved through individual arbitration.

On petition for review, the Fifth Circuit panel disagreed with the board's ruling and concluded that its decision did not give proper weight to the Federal Arbitration Act.

However, the appeals court upheld the board's decision requiring Horton to clarify with its employees that the arbitration agreement did not eliminate their rights to pursue claims of unfair labor practices with the board.

The panel noted if it were to uphold the board's ruling, employers would be discouraged from using individual arbitration.

"While the Board's interpretation is facially neutral -- requiring only that employees have access to collective procedures in an arbitral or judicial forum -- the effect of this interpretation is to disfavor arbitration," Judge Leslie H. Southwick wrote for the Fifth Circuit.

The panel noted, "Every one of our sister circuits to consider the issue has either suggested or expressly stated that they would not defer to the NLRB's rationale, and held arbitration agreements containing class waivers enforceable."

"This decision positively affects employers by clarifying that they indeed do have the authority to utilize arbitration agreements with a class action waiver. This will help create a smoother process for resolving disputes and make for a stronger workplace."