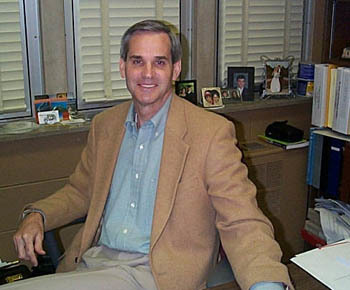 NEW ORLEANS (Legal Newsline) - Even though BP agreed to a generous settlement in the Deepwater Horizon oil spill litigation, is it ethical for business owners to make claims for damages they didn't suffer?

Thomas Bowers, an associate professor of business law at Indiana University, says no - it is not ethical or right for anyone to make claims for and accept a damage settlement when they have not suffered harm.

"In other words, it is a zero sum game, such that money that an undeserving person takes is taken at the expense of someone else, be it a true victim or BP shareholders," Bowers said.

In December 2012, U.S. District Judge Carl Barbier of the U.S. District Court for the Eastern District of Louisiana approved the settlement, which seeks to resolve claims from individuals and businesses who suffered economic injuries after an explosion on a BP-operated oil rig dumped millions of barrels of oil into the Gulf of Mexico.

BP initially estimated it would pay around $7.8 billion to resolve business economic loss claims. However, the company has since argued that because there was no limit on the amount of the total settlement, and since claims administrator Patrick Juneau compensated claimants for losses unrelated to the spill, it faces much higher costs.
In early October, a U.S. Court of Appeals for the Fifth Circuit panel sided with BP, and ordered Barbier and Juneau to revise the settlement so that claimants' payments reflect actual damage. The judge plans to announce settlement modifications on Dec. 2.

BP brought another appeal before the Fifth Circuit in November, challenging Barbier's approval of the settlement and certification of the class. The court did not indicate when it will rule in that appeal.

On "The State of the Gulf," a new website BP created to counter its critics, the company addresses its dispute with plaintiff lawyers who have filed business economic claims. The company admits placing advertisements that seem to "pick on law firms," but questions whether it's surprising that those law firms have made money from the settlement.

"Law firms have received more in offers from the Court Supervised Settlement Program than restaurants, bars, hotels and seafood processors, and some of the plaintiffs' firms leading the litigation have filed claims on behalf of themselves," BP argues on its website. "What makes this particularly outrageous is that these law firms are receiving these awards even as they reap huge fees for every payout made to their clients."

Arthur Draper, a partner at Perry Draper Law in Clearwater, Fla., contends that his firm became one of those targeted by BP.

A year and a half ago, he says, a friend who worked in the restaurant business asked him to look into the settlement. He saw an opportunity to help more people, and since then, has filed more than 300 business economic loss claims.

Draper explains that clients' businesses range from blueberry farms to construction companies to vehicle dealerships. They qualify for the settlement if they aren't on what he calls the excluded "money list," which includes banks, casinos and insurance companies. They must also pass the causation test by showing a decrease in income between 2007 and 2011.

When asked about the dispute over the claims process, Draper contends that at one time, the settlement made sense for BP because the company wanted to avoid legal battles. But now, he says, BP argues that the court misinterpreted the agreement and allowed for plaintiffs to file fraudulent claims.

"What they're really trying to do is stall and discourage people from filing claims, which they have," he said. "We've had people who just aren't interested because they hear the news, and they think it's not going well. When in fact, we're doing everything legal. We're following the laws, the agreement that they agreed to. And everything is working."

Dane Ciolino, a professor who teaches legal ethics at Loyola University New Orleans College of Law, agrees that plaintiffs' lawyers like Draper who have filed business economic loss claims for hundreds of business owners are within their professional obligation.

He explains that lawyers can't file frivolous claims without basis in fact or law, but in this case, Barbier deemed those claims to be meritorious even without evidence that the losses were caused by the oil spill.

Ciolino adds that plaintiffs' lawyers who submit the claims work with accountants to show the "V-shaped pattern," which demonstrates that a business made money prior to the oil spill, lost money after the oil spill and then later made more money again.

"As long as the numbers work within the formula, then the business owner has a claim, and the lawyers have submitted those claims," he said. "There are close calls in legal ethics, but this is not among them.

"Suppose a lawyer said, 'I'm filing a claim for every business owner whose name starts with F, because I think everyone with an F in their name should get recovery no matter what.' That's stupid and frivolous."

Joshua Perry, an assistant professor of business law and ethics, who also teaches at Indiana University, sees the dispute over the BP claims process from both sides.

He contends that lawyers are expected to advocate zealously on behalf of their clients. But, at the same time, he says, they aren't supposed to try to "game the system," or take advantage of an overly broad settlement process.

"I'm sympathetic to the genuine economic suffering that many in that region have encountered, and those folks have to be made whole," Perry said. "They have to be compensated for their losses.

"But there is certainly a responsibility on behalf of the lawyers, the plaintiffs firms who are engaging in these actions, that the system not be abused."