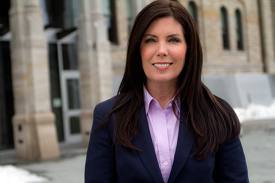 In their motion, which was filed at the Philadelphia Court of Common Pleas, lawyers working for state Attorney General Kathleen Kane seek to overturn an arbitration panel's finding that back in 2003, Pennsylvania didn't "diligently enforce" laws pertaining to the collection of taxes and other payments from specific tobacco companies that never signed the 1998 settlement agreement.

If the arbitration panel's decision is allowed to stand, Kane's office argues, the state's Master Settlement Agreement payment for next year could be reduced by more than $170 million, something the state's top law enforcer claims would force cutbacks to various smoking cessation, medical research and health programs across Pennsylvania.

"Tobacco settlement funds assist with promoting and sustaining a large variety of health initiatives for the benefit of all Pennsylvanians," Kane said in a statement released by her office. "We will aggressively pursue all avenues - both in court and through legislation - to avoid the unjust reduction of MSA funding so that the Commonwealth can continue to deliver these essential programs."

The attorney general takes issue with the fact that the arbitration panel penalized Pennsylvania for its decision to not tax loose-leaf tobacco used in roll-your-own cigarettes, while simultaneously determining that the state of Oregon had no obligation to do so.

Kane's legal team also noted that Pennsylvania had an identical tax collection rate to that of Ohio, which the panel found was diligent.

"The arbitration panel's decision penalizes Pennsylvania for factors the panel clearly allowed for other states," Kane said in her statement. "Whether the panel failed to follow a common set of standards, or exhibited bias against the Commonwealth, it was wrong and we cannot permit this unjust decision to stand."

The Attorney General's Office announced that the commonwealth will be represented in the matter by lawyers from the law firm of Orrick, Herrington & Sutcliffe, who were retained following consultation with the office of Gov. Tom Corbett and the Pennsylvania General Assembly.

In her statement, Kane said that she is pleased by the level of "strong, bipartisan" support her office has gotten from Corbett's office as well as the state House of Representatives and Senate.

"We will work together closely to keep the citizens of this Commonwealth updated on our coordinated effort to keep our MSA funding intact," Kane stated.

The commonwealth's motion says that the arbitration panel's final award, which was entered back in early September, disregarded the law and was "wholly irrational."

"The Panel's task was to determine Pennsylvania's diligence in enforcing the TSAA [Tobacco Settlement Agreement Act of 2000] under Pennsylvania law, which required Pennsylvania to have expended reasonable efforts," the motion reads. "Instead, the Panel manufactured its own definition of diligence, which asked whether Pennsylvania's attempts to enforce the TSAA were significant or not by reference to a number of factors."

The Attorney General's Office maintains that the arbitration panel announced the definition and the factors it would rely upon for the first time in the final award, or rather after the presentation of the evidence.

The panel also applied its own "manufactured definition irrationally," the commonwealth's motion reads.

For example, the motion states, the arbitration panel anchored its final award to the number of lawsuits Pennsylvania brought to enforce the TSAA and its collection rate of 44 percent.

However, the state's litigation policy focused on those entities with significant noncompliant sales, the motion states.

In 2003, the motion says, the commonwealth prosecuted a total of six lawsuits against noncompliant companies, including five that represented 80 percent of applicable sales in Pennsylvania.

The states of Colorado, North Dakota and Illinois, however, failed to bring any suits against noncompliant companies, yet they were found diligent by the arbitration panel.

"Moreover, while the Panel described Pennsylvania's resulting 44% collection rate as 'relatively low,' and directly supportive of its nondiligence finding, it used that very same collection rate to support its finding that another settling state, Ohio, was diligent," the motion states. "This is just one instance in the many instances where the Panel treated like facts differently in different cases - the very definition of irrationality."

The Attorney General's Office also noted the fact that the arbitration panel ignored the fact that Pennsylvania cannot collect against noncompliant companies owned by Native American tribes or those located in foreign countries.

"At bottom, the Panel's definition of diligence and its factors were neither rational, nor applied rationally: the Panel disregarded the applicable law and its own manufactured standard and exceeded its authority," the motion reads. "The Final Award must be vacated."