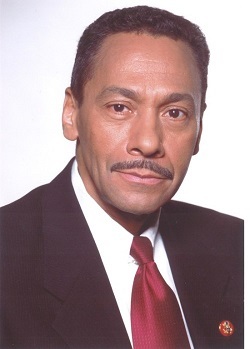 In May, President Barack Obama nominated Watt, a North Carolina Democrat, to be the new director of the FHFA, the agency that manages Fannie Mae and Freddie Mac following the 2008 financial crisis.

Watt has served as a Congressman since 1993 and has served for all of his 20 years as a member of the House Financial Services Committee, which oversees housing policy.

"In that capacity, Mel has led efforts to rein in unscrupulous mortgage lenders," the President said in May. "He's helped protect consumers from the kind of reckless risk-taking that led to the financial crisis in the first place. And he's fought to give more Americans in low-income neighborhoods access to affordable housing."

Obama continued, "Mel understands as well as anybody what caused the housing crisis. He knows what it's going to take to help responsible homeowners fully recover."

However, Watt's confirmation has stalled for nearly six months.

And it looks like it could be stalled for longer.

Four people were killed in the Sept. 11, 2012 attack, including U.S. Ambassador J. Christopher Stevens. Nearly a dozen others were injured.

"I'm going to block every appointment in the United States Senate until the survivors (of the attack in Benghazi) are being made available to the Congress," Graham told the network.

"I'm tired of hearing from people on TV and reading about stuff in books."

On Monday, the White House urged the Senate to move forward on Watt's nomination.

A group of state attorneys general also want the Senate to move forward, replacing the FHFA's acting director, Edward DeMarco, with Watt as soon as possible.

The nine attorneys general argued in a March 15 letter that under DeMarco's leadership, Fannie Mae and Freddie Mac have been a "direct impediment to our economic recovery" by the continued refusal to give principal relief for struggling homeowners.