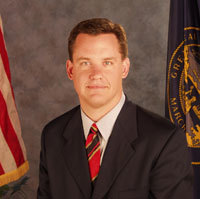 Judge Joseph Bataillon for the U.S. District Court for the District of Nebraska said in his Sept. 30 ruling that an order by Nebraska Attorney General Jon Bruning violated Activision's rights under both the U.S. Constitution and federal patent law.

"Activision's First Amendment rights are being violated, and it is questionable whether the Attorney General has the right to maintain the cease and desist order given the preemption in this area of the law," the ruling states.

"The court is deeply concerned about the ability of the Attorney General to issue cease and desist orders, prior to the conclusion of the investigation, prior to any negative findings, prior to any hearings, and prior to permitting submission of documents and evidence by the Farney Daniels law firm."

The federal judge also found Bruning did not produce any evidence of wrongdoing by Activision or Farney Daniels LLP in sending letters to Nebraska companies notifying them of their infringement of Activision's patents.

While Bruning's order attempted to stop this practice, the court concluded that allowing the attorney general to interfere with the sending of such notice letters "might be harmful to the patent process."

Activision argues in its 33-page complaint that Bruning unfairly referred to it as a "patent troll" without doing a thorough investigation.

Patent trolls are companies that purchase groups of patents without an intent to market or develop a product. The companies then target other businesses with lawsuits alleging infringement of the patents they bought.

"On information and belief, as of July 18, 2013, neither Defendants Bruning, Cookson or Lopez, nor any person acting at their direction or under their control, had obtained or reviewed the file histories of the Activision Patents to form an opinion as to the proper scope to be accorded any of the claims in the Activision Patents," according to the company's complaint.

"Patent trolls make egregious threats with little or no valid legal purpose to gain fast money," Bruning said in a statement in July.

"It is a top priority of our office to protect Nebraska consumers and businesses from this sort of baseless harassment."

The attorney general informed Activision and its lawyers that they needed to cease and desist, and that they were potentially violating state law.

"We are pleased that the court concluded in this order that the attorney general of the state of Nebraska lacked evidence of any wrongdoing, and lacked any basis to interfere with federal patent matters," Farney Daniels attorney M. Brett Johnson said in a statement Tuesday.

"The actions of our firm on behalf of every client are lawful, fair and fundamental to the enforcement of federal law."

Bruning issued his own statement Tuesday regarding the judge's order.

"Nothing in the judge's order stops our ongoing investigation into patent trolls and law firms that represent them, specifically Farney Daniels," the attorney general said.

"Yesterday's procedural order addressed a relationship between Farney Daniels and their client Activision. This is a limited issue that has no bearing on our patent troll investigation going forward. We will continue to work with other states to investigate the baseless harassment perpetrated by patent trolls."

Bruning added that the judge's order noted the investigation is continuing and if, at some point during the investigation, evidence supports a claim of bad faith, the attorney general can revisit the preliminary injunction.