Chevron says it will drop money damages claims against Donziger 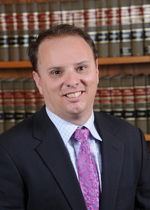 Click here to view a copy of Chevron's notice.

Chevron has asked that the fraud trial, set to begin Oct. 15 in the New York federal court, be bifurcated, or separated into two parts -- one before a jury and the other before a judge.

The company reiterated its request in its notice Monday.

"With respect to bifurcation, Chevron advises the Court that it adheres to its position that the phased structure Chevron proposed in its bifurcation motion -- namely, that there should be a liability phase and then, if liability is found, a remedies phase -- remains the fairest and most efficient means to proceed with the trial in this action, except that the jury trial phases proposed in Chevron's bifurcation motion would now be tried to the Court," lawyers for the company wrote.

Chris Gowen, of Washington, D.C.-based The Gowen Group Law Office PLLC and who is advising Donziger, Camacho and Piaguaje, said Chevron's decision to drop damages against Donziger proves the company doesn't "believe enough in its own case" to let a jury of impartial citizens decide the facts.

"This decision shows that Chevron has blinked at a critical moment because they know the judgment in Ecuador is valid and based on overwhelming scientific evidence," Gowen said in a statement late Monday.

"For a variety of reasons, we believe there is no legal basis left for this case to continue. But if Judge Kaplan and Chevron continue down this path, we strongly believe that under the law both Mr. Donziger and the Ecuadorians are still entitled to a jury on the remaining equitable claims."

As to Chevron's claim that the issues are "too complicated" for a jury, Donziger, himself, responded:

"This case is actually simple. Chevron is falsely accusing me and my colleagues of bribing a judge. We believe their sole witness who can testify to this fact was bribed by Chevron and is a proven liar. Chevron's case rests almost entirely on this man's credibility," he said in a statement.

"Clearly, a jury of American citizens can better determine whether this man's claims are true than a single judge. We believe that is what the U.S. Constitution requires in a case of this nature because it reflects what is fundamental about core American values."

Donziger, who says he will oppose Chevron's request for a nonjury trial, sued the company on behalf of a group of Ecuadorian plaintiffs, who won a $19 billion environmental judgment in 2011.