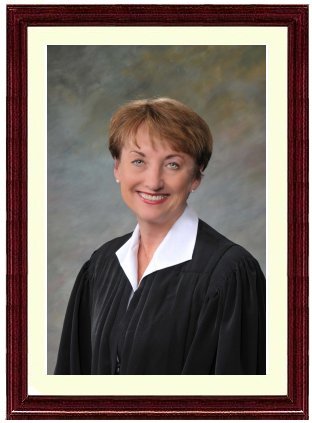 COLUMBIA, S.C. (Legal Newsline) -- The South Carolina Supreme Court, in a ruling last week, sided with a mega landfill in a case brought against it by residents who complained of its odors.

The plaintiffs, six individuals residing near a garbage dump operated by defendant Lee County Landfill SC LLC in Bishopville, sued seeking to recover for "substantial interference" with the use and enjoyment of their property caused by odors emanating from the dump.

They asserted nuisance, trespass and negligence claims based on the odors.

Both before and during trial, the plaintiffs abandoned all claims for loss of use, diminution in property value and personal injury, leaving only annoyance, discomfort, inconvenience, interference with enjoyment of their property, loss of enjoyment of life and interference with mental tranquility as their damages claims.

Following a trial, a jury awarded the plaintiffs actual or compensatory damages totaling $532,500 on their negligence, trespass and nuisance claims, with three plaintiffs receiving $77,500 and three receiving $100,000.

The jury also awarded each plaintiff $300,000 in punitive damages.

The landfill, in response, filed motions for judgment as a matter of law or, alternatively, for a new trial.

After determining that South Carolina precedent was not clear on state law issues raised in the post-trial motions, the U.S. District Court for the District of South Carolina certified five questions to the state's high court.

1. Under South Carolina law, when a plaintiff seeks recovery for a temporary trespass or nuisance (asserting claims for annoyance, discomfort, inconvenience, interference with their enjoyment of their property, loss of enjoyment of life and interference with mental tranquility, and abandoning all claims for loss of use, diminution in value and personal injury), are the damages limited to the lost rental value of the property?

2. Does South Carolina law recognize a cause of action for trespass solely from invisible odors rather than a physical invasion such as dust or water?

3. Is the maximum amount of compensatory damages a plaintiff can receive in any trespass or nuisance action (temporary or permanent) the full market value of the plaintiffs' property where no claim for restoration or cleanup costs has been alleged?

4. When a plaintiff contends that offensive odors have migrated from a neighbor's property onto the plaintiff's property, may the plaintiff maintain an independent cause of action for negligence or is the plaintiff limited to remedies under trespass and nuisance?

5. If an independent cause of action for negligence exists under South Carolina law when a plaintiff contends that offensive odors have migrated from a neighbor's property onto the plaintiff's property, does the standard of care for a landfill operator and breach thereof need to be established through expert testimony?

The certified questions required the state Supreme Court to "delve into the gray areas of common law, environmental torts," Justice Kaye Hearn wrote for the court.

In a 19-page ruling filed Wednesday, the high court ruled that the damages recoverable for a temporary trespass or nuisance claim are limited to the lost rental value of the property.

The damages recoverable for a permanent trespass or nuisance claim are limited to the full market value of the property, the court ruled.

Also, it held that a trespass exists only when an intrusion is made by a "physical, tangible thing."

Also, the court recognized that a negligence claim based on offensive odors is possible.

However, Hearn noted that such a claim would have to satisfy all the elements of negligence, like any other negligence claim.

Finally, as to the federal court's last question, the court said it was unable to make a "definitive determination" as to whether establishing the standard of care of a landfill operator in regards to offensive odors requires expert testimony.

The court said it entrusted that determination to the discretion of the trial judge.

Want to get notified whenever we write about South Carolina Supreme Court ?

Sign-up Next time we write about South Carolina Supreme Court, we'll email you a link to the story. You may edit your settings or unsubscribe at any time.