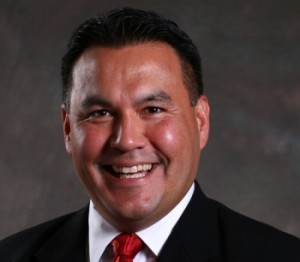 Barry Brandon said the online lender does not operate under tribal law or abide by tribal regulatory bodies and is not wholly-owned by a federally-recognized tribe.

"On behalf of the Native American Financial Services Association, we applaud this lawsuit and its distinction between those tribal government-owned businesses who operate legally under federal law, and those who seek to profiteer on the back of hundreds of years of government-to-government relationships," he said in a statement.

"NAFSA sets the bar high for our members. Our member tribes follow all applicable tribal and federal laws and agree to abide by a strict set of industry-leading best practices to ensure that consumers can trust NAFSA members to honor their rights, protect their privacy, treat them fairly, and constantly strive to offer innovative financial products."

He continued, "Western Sky Loans does not abide by these consumer-friendly practices, is not an enterprise wholly owned by a federally-recognized tribe, is not regulated by a tribal regulatory lending authority, does not operate according to tribal law, and breaks the covenants meant to benefit tribal governments and their members."

On Monday, Schneiderman said his office filed a lawsuit against Western Sky Financial LLC, CashCall Inc., WS Funding LLC and their owners, Martin Webb and J. Paul Reddam, for violations of New York's usury and licensed lender laws in connection with their issuing of personal loans over the Internet.

According to Schneiderman's office, the companies charged annual rates of interest from 89 percent to more than 355 percent to thousands of state consumers.

The interest rates far exceed the maximum rate allowed under New York law, which is limited to 16 percent for most lenders not licensed by the state.

None of the companies sued are licensed in New York.

"Western Sky and CashCall charged exorbitant interest rates on their loans to scam New Yorkers out of millions of dollars," the attorney general said in a statement.

"With this case and others, my office will continue to fight to protect New Yorkers from illegal business practices and stop companies that seek to prey upon consumers facing tough economic times."

The companies, located in South Dakota and California, allegedly targeted vulnerable New York consumers through television and Internet advertising that promised "fast cash" to consumers in urgent need of money.

The companies took advantage of consumers by allegedly charging extremely high rates of interest that were above New York State's usury caps.

For example, consumers that received loans of $1,000 were charged an interest rate of more than 234 percent, and had to repay as much as $4,942 in interest and principal over just two years.

"Our member tribes support this move by the state of New York and will continue to abide by the highest possible lending standards," Brandon said.

Other state attorneys general have filed similar lawsuits against Western Sky, including Minnesota and Georgia.

According to its website, NAFSA was formed in 2012 to advocate for Native American sovereign rights and enable tribes to offer responsible online lending products.