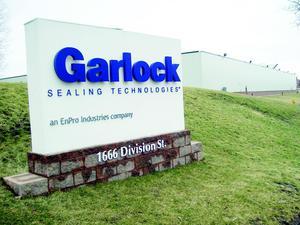 CHARLOTTE, N.C. (Legal Newsline) -- The closed testimony of a former Garlock Sealing Technologies attorney resumed Thursday with the judge excluding members of the public and media who did not sign confidentiality agreements for all but 20 minutes of his nearly five hours on the stand in the company's ongoing bankruptcy trial.

Judge George Hodges first publicly closed the testimony of John Turlik, a partner in the firm Segal, McCambridge Singer & Mahoney on Wednesday as he spoke under oath about legal strategies and his experience dealing with plaintiffs and their attorneys in asbestos-related tort suits that led to the gasket-manufacturer filing for bankruptcy protection.

The bankruptcy trial, which began last week at the U.S. Bankruptcy Court for the Western District of North Carolina and is expected to last three weeks, will determine the estimated liability of the company for current and future asbestos claims. One of the central questions that will help establish how much Garlock will owe the claimants revolves around whether Garlock products, many removed decades ago, and no other sources of asbestos, led to cases of mesothelioma.

To try and limit the company's liability, its attorneys are asserting that some plaintiffs, taking advantage of confidentiality provisions enacted for special trusts established to pay claimants who came into contact with asbestos, are using the provisions to allow them to sue multiple defendants while using the same argument that each respectively was the cause of their illness. Turlik was expected to testify about the issue. In the brief portions of his testimony open to the public, attorneys representing the claimants questioned him about his knowledge of asbestos cases.

On Wednesday, Hodges denied a Legal Newsline motion to keep the entire trial open to the public and to unseal closed portions of testimony by a law professor given last week. In a written order explaining his decision, Hodges stated several factors including the circumstances of certain asbestos plaintiffs' cases, plaintiffs' particular exposures, "how the law firms responded to discovery, the questions they asked their clients in so responding, and how the law firms approached settlement negotiations," amounted to "trade secrets, confidential business information, and attorney-client privileged information about which the parties involved have significant privacy rights. The court has concluded that those rights outweigh the public's interest in those matters."

In the decision, the judge stated that the fact that the hearing "is not a dispositive proceeding," was a consideration.

Legal Newsline's attorneys challenged Hodges' decision to close his courtroom under a First Amendment claim. In its motion, attorneys requested that the rest of the remaining trial stay open to the public and that transcripts of the entire closed portion be made publicly available.

Legal Newsline filed its motion Monday following the judge's decision to close off portions of a law professor's testimony last week. On Friday, Hodges excluded members of the media and public from testimony given by Lester Brickman, a professor of law at Benjamin N. Cardozo School of Law at Yeshiva University in New York. Brickman, an expert witness retained by Garlock, was testifying about trust provisions meant to protect confidentiality that he says allowed for rampant claimant abuse and fraud in asbestos settlement cases.

Brickman had been testifying during the open portion of his testimony about certain confidentiality provisions enacted for trusts established to pay claimants who came into contact with asbestos. The provisions caused significant transparency issues preventing Garlock from cost-effectively ferretting out bogus claims. Brickman authored a report on fraudulent asbestos claims and has testified before Congress on the issue.

Hodges previously denied a Garlock motion to remove confidentiality designations from evidence relating to the trust claims as well as Garlock's request to keep Brickman's entire testimony open to the public. Last Friday, Hodges closed the courtroom after a brief recess.

Following Turlik's testimony Thursday, Garlock attorneys called Richard Magee, another lawyer who represented Garlock, to the witness stand. Magee, the senior vice president for EnPro, Garlock's parent company was the former general counsel for EnPro and oversaw much of the Garlock asbestos tort litigation. Magee spoke about how Garlock had been mostly successful in asbestos suits that went to trial in the 1990s because they were often being sued along with asbestos insulation manufacturers. As the plaintiffs presented evidence at trial about their exposure to asbestos products from either Garlock or the asbestos insulation manufacturers, juries would return a verdict in favor of Garlock 92 percent of the time.

Magee said when juries compared the different likely exposures of the claimants to each of the defendants' respective products; they almost always attributed the cause of mesothelioma to the insulation exposure by virtue of it being more prevalent. The only reason why they settled cases instead of taking them all to trial was because of cost considerations, he said. Settling was just cheaper.

But in the early 2000s, many of the insulation manufacturers that were being sued along with Garlock began filing for bankruptcy. Garlock's success rate at trial began decreasing to 64 percent. The cause of the dip was mostly because plaintiffs were now just suing Garlock and were no longer presenting evidence of exposure to the insulation manufacturers' asbestos products.

The evidence Garlock relied on of other sources of asbestos exposure in the 1990s began disappearing with the shrinking pool of defendants, he said. The "ocean shrunk," he said. "Jurors needed to know what products caused the disease," he said.