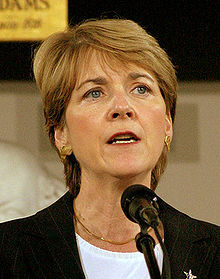 John Burke was one of the highest billing MassHealth orthodontists, receiving nearly $5.5 million between September 2006 and August 2011.

In 2010, the State Auditor's Office alleged Burke was not in compliance with certain regulations, rules and/or laws governing the MassHealth dental program. Burke allegedly failed to abide by regulations that place service limitations on a periapical X-ray, including the requirement that the provider be the dentist who performs the service.

"We allege this dentist engaged in a pattern of problematic billing to MassHealth for dentistry services that were contrary to regulations," Coakley said in a statement. "This settlement will provide restitution to MassHealth and taxpayers, and will permanently remove this dentist as a MassHealth provider."

Under the terms of the settlement, Burke agreed to permanently resign as a MassHealth provider and stop treating new patients.

Burke allegedly took periapical X-rays on his patients, and billed and received MassHealth payments for purposes not allowed by the regulations.