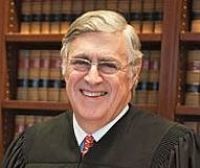 Donziger, in his 12-page motion filed June 1, is asking Judge Lewis Kaplan of the U.S. District Court for the Southern District of New York to grant a three-month stay to prevent the case from "devolving into a mockery of justice and due process."

"The breakneck pace of Chevron's continued legal onslaught since withdrawal of my former counsel is severely prejudicing my ability to defend myself," he wrote.

Last month, Kaplan allowed the law firms defending Donziger, Javier Piaguaje and Hugo Camacho to withdraw from the fraud case, filed by the oil giant in the New York federal court in 2011.

Lead attorneys John Keker of San Francisco-based Keker & Van Nest and Craig Smyser of Houston-based Smyser Kaplan & Veselka argued that the judge's ongoing bias in the case and Chevron's litigation tactics have made it impossible for their clients to pay their legal bills.

Keker, who also was the attorney for prominent Mississippi attorney Richard "Dickie" Scruggs during two judicial bribery cases, was representing Donziger in the case.

"I submit that the situation I face -- a pro se defendant preparing for trial in little over five months against a plaintiff with apparently unlimited resources who is represented by 114 lawyers at Gibson Dunn, another almost 1,900 lawyers at other law firms and at least 98 investigators at Kroll, in a case in which millions of pages of documents have been produced in discovery -- is all part of Chevron's strategy to win by might what it cannot win on merit," Donziger wrote.

Without the requested stay, Donziger argues he will not be prepared for trial, his interests will be "severely prejudiced," and he fears "manifest injustice" will result.

"I remind the court that Chevron is seeking treble damages against me on the $19 billion underlying judgment from the courts of Ecuador. The potential liability against me in this case, if it were to be realized, would be devastating to me and my family," he said. "Even without a finding of liability, the legal fees in defending against this lawsuit -- for which I am liable personally -- threaten to bankrupt me."

Donziger said in an accompanying statement that the evidence suggests the judge is allowing the company to crush its critics by denying them a defense and overwhelming them with abusive legal tactics to drive up their costs, making it virtually impossible for them to obtain counsel.

"It's unprecedented and offensive," Donziger said.

Kaplan is allowing 14 depositions in three weeks, with the first set to start Thursday and the last -- of Chevron's CEO, John Watson -- scheduled for June 27.

The judge also is allowing Chevron to depose Donziger for another two days on top of the 16 days he already testified in 2010 and 2011.

"This compressed schedule is a per se violation of my due process rights," Donziger said. "There is simply not enough time to adequately prepare to take depositions, to defend myself in my own deposition, review millions of pages of discovery and also search for substitute counsel."

Donziger, Piaguaje and Camacho have asked that the fraud case be reassigned from Kaplan. Their petition is currently pending before the U.S. Court of Appeals for the Second Circuit.