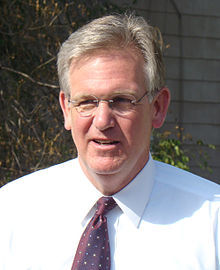 JEFFERSON CITY, Mo. (Legal Newsline) -- Missouri Gov. Jay Nixon on Monday vetoed a measure that would have banned the use of foreign law in the state's courts.

Currently, courts use international and foreign law without much fanfare in ordinary cases, such as where the dispute involves a right under a treaty, or when the parties choose the law of another country to govern a business dispute.

But many of the bans seem to require judges to reject any foreign law or judgment that comes from a country that does not protect rights in the same way the United States does -- even if the laws they are being asked to apply do not raise any rights concerns.

The bans have gained momentum in recent months, morphing from restrictions on Islamic religious laws and customs into broader bans on foreign, international and religious laws in U.S. courts.

In his full veto message Monday, Nixon called Senate Bill 267 "misguided" and "unnecessary," and said it "needlessly undermines certainty in important areas of the law."

"Our citizens and businesses should not be exposed to this unnecessary change and its unpredictable results," he said.

The bill now returns to the state legislature in September for another vote. Overriding the governor's veto requires a two-thirds majority of both the House and the Senate.

The Brennan Center for Justice and the Center for American Progress, which last month released a report highlighting the unintended consequences of foreign law bans, applauded Nixon's decision.

The centers argue that such bans send a message that states are unreceptive to not only foreign individuals, but also foreign businesses.

"This is an entirely unnecessary law," Faiza Patel, co-director of the Liberty and National Security Program at the Brennan Center for Justice, said in a statement Monday. "Proponents of these bans have failed to cite a single instance where a court's reliance on foreign law has deprived any Missourian of his or her rights.

"Foreign law bans are a product of the anti-Muslim movement and seek to sow discord among Americans."

According to the centers' report, over the last two years lawmakers in 32 states have introduced and debated such bills.

And at least four more states -- Texas, Alabama, South Carolina and Iowa -- are poised to pass such bans this year and next, according to the report.

"Legislators who previously voted for this bill should think twice about the legal ramifications and practical problems it will create before casting their vote in September," the center's Amos Toh said in a statement Monday.

"After a year of studying foreign law bans, we find these bills to be unnecessary and likely to have an adverse impact on families, businesses and Americans of all faiths."

The centers are urging those other states considering such bans to reject them for the practical and legal problems they are likely to create.