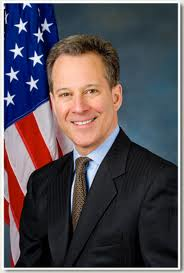 Currently, members may only buy the prescriptions through mandatory mail-order services. Schneiderman urged the 15 companies to adopt specialty prescription drug fulfillment hardship exception criteria similar to the criteria from an agreement he helped to negotiate earlier this year with Empire BlueCross BlueShield.

"Every New Yorker deserves easy access to the benefits they pay for," Schneiderman said. "Those suffering from debilitating diseases like cancer, rheumatoid arthritis and HIV should not be made to suffer further hardship to get prescription drugs that are critical to their care. Exempting beneficiaries with qualifying hardships from mandatory mail-order requirements will allow plan members to continue to get the drugs they need from their local pharmacies. I commend Empire for taking this step and strongly encourage all insurance plans operating in New York to do the same."

Earlier this year, Empire agreed to implement implement procedures to let qualifying members, such as members with serious and debilitating illnesses, be exempted from a previous specialty mail-order pharmacy mandate. The policy became effective in March.

While New York state law permits commercial plan members to obtain any covered prescription at a retail pharmacy rather than a non-retail pharmacy or mail-order pharmacy, the law does not apply to self-funded health plans.