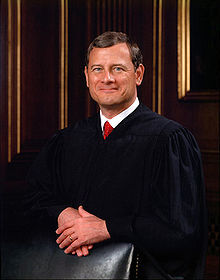 WASHINGTON (Legal Newsline) -- The U.S. Supreme Court has remanded a case over alleged mold problems in some Sears front-loading washers to a federal appeals court.

According to an order list released Monday, the nation's high court granted Sears' petition for a writ of certiorari, which the retailer filed in February, urging the court to review class certification in Sears Roebuck and Co. v. Larry Butler et al.

The case arises out of claims by owners of Kenmore-brand front-loading washing machines manufactured by Whirlpool Corporation and sold by Sears since 2001 in six states.

The court, in its summary disposition, also vacated the judgment of the U.S. Court of Appeals for the Seventh Circuit and remanded the case back to the court for further consideration in light of Comcast Corp. v. Behrend.

In Comcast, the nation's high court ruled 5-4 that a class action filed over the cable company's alleged monopolization was improperly certified.

To constitute a class, plaintiffs proffered an expert damages model that purported to prove each class member's damages by evidence common to all.

Comcast responded that the model was incapable of calculating damages for the class because it was based on several erroneous assumptions about the asserted claims, and that common proof of damages is impossible given significant differences among the class members.

Despite this, the district court certified the class.

Comcast appealed the decision to the U.S. Court of Appeals for the Third Circuit, which affirmed the certification order.

In its majority opinion in March, the Supreme Court ruled that the Third Circuit erred in refusing to decide whether the plaintiff class' proposed damages model could show damages on a class-wide basis.

In Sears, the plaintiffs claim that the washing machines contain a design defect that may cause them to accumulate of an excessive amount of laundry residue and emit musty odors as a result.

They also claim that some machines have a manufacturing defect in the central control unit, which could potentially cause machines to display "false" error codes and temporarily interrupt their operation.

The plaintiffs sought to assert class claims for breach of written and implied warranties on behalf of a putative class of all washer buyers in California, Illinois, Indiana, Kentucky, Minnesota and Texas. They did so under Federal Rule of Civil Procedure 23(b)(3), which requires the court to find "that the questions of law or fact common to class members predominate over any questions affecting only individual members."

The U.S. District Court for the Northern District of Illinois denied certification of the odor class, ruling that Rule 23(b)(3)'s predominance requirement was not satisfied because the plaintiffs failed to show that they could prove that all washing machines were defective with common, class-wide evidence.

In the court's view, various design changes reduced the possibility of odor, and that different washer models have different biofilm-limiting designs and features, requiring plaintiffs to prove at trial that each model failed to present excessive biofilm.

However, the court did certify the control unit class.

In the court's view, "[p]redominance is a question of efficiency."

In its petition to the Supreme Court, Sears argued that certifying a class because it is more efficient to litigate conflicts with the court's precedent.

In fact, DRI: The Voice of the Defense Bar filed an amicus brief supporting Sear's petition.

DRI urged the Supreme Court to grant certiorari to clarify that courts must undertake a choice-of-law analysis before determining that a multistate class action satisfies the predominance requirement of Federal Rule of Civil Procedure 23(b)(3).

The group's brief argued that the Seventh Circuit erred in failing to conduct a choice-of-law analysis before finding that common issues predominated over individualized ones.

DRI, in a statement Tuesday, said the high court's ruling is consistent with its brief.