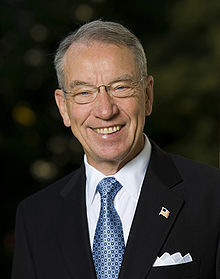 WASHINGTON (Legal Newsline) -- President Barack Obama announced Tuesday he will nominate three individuals, two lawyers and one federal judge, to the U.S. Court of Appeals for the District of Columbia Circuit.

"There's no reason -- aside from politics -- for Republicans to block these individuals from getting an up or down vote," the President told reporters.

Obama described all three as "highly-qualified."

Pillard currently serves as a professor at the Georgetown University Law Center.

Prior to that, she worked in the U.S. Justice Department as a deputy assistant attorney general, the Solicitor General's Office, the NAACP Legal Defense and Educational Fund Inc., and the American Civil Liberties Union.

According to her bio, she has argued a total of 32 cases before the Supreme Court and about 36 in federal appeals courts.

Wilkins has served as a judge on the U.S. District Court for the District of Columbia since 2010. Obama nominated him to the post.

Previously, he worked at the Public Defender Service for the District of Columbia from 1990 to 2002, serving as chief of special litigation from 1996 to 2000.

Wilkins also was a partner at the Washington law firm of Venable LLP from 2002 to 2010.

"If we want to ensure a fair and functioning judiciary, our courts cannot be short-staffed," Obama said of the unusual, if not aggressive, move to simultaneously nominate three to the same court.

The nominations come not even two weeks after the U.S. Senate unanimously approved Sri Srinivasan to the D.C. Circuit, filling the seat left by Judge Arthur Randolph.

The court is considered by some to be the second most important court in the country, after the Supreme Court.

It often is responsible for resolving critically important cases involving the separation of powers, the role of government, the rights of federal officials, and the decisions of a vast array of administrative agencies.

In fact, it was the D.C. Circuit that ruled Obama's "intrasession appointment" of three new members to the National Labor Relations Board was an unconstitutional abuse of power because he could not make those appointments without Senate confirmation because the Senate was not in recess.

However, the 11-seat court has more vacancies than any other federal appeals court.

In March, Caitlin Halligan took her name out of consideration after Republicans blocked her nomination again and again for more than two years.

And Rudolph's seat was left vacant for nearly 2,800 days before Srinivasan's approval.

Wade Henderson, president and CEO of The Leadership Conference on Civil and Human Rights, called the move a "giant leap forward" to fully staffing the nation's federal courts.

"President Obama's choices to fill these seats -- Cornelia 'Nina' Pillard, Patricia Millett and Robert Wilkins -- are all thoughtful, seasoned and mainstream legal figures whose qualifications are beyond debate," he said in a statement.

"Republicans who oppose a yes-or-no confirmation vote for this slate of nominees are overreaching. The D.C. Circuit has been functioning with an understaffed bench for years. In fact, one of these seats was left vacant eight years ago when Chief Justice John Roberts, took on his current role on the Supreme Court.

"This court, in particular, needs thoughtful legal minds because it hears some of nation's most complex and consequential cases, including cases that involve complicated federal regulations and significant national civil rights, civil liberties and security issues."

Henderson said some of the most important civil and human rights issues "hinge" on the opinion of the D.C. Circuit, including the recent decision to invalidate recess appointments to the NLRB and Shelby v. Holder, the challenge to Section 5 of the Voting Rights Act, which is now before the U.S. Supreme Court.

"We applaud President Obama for his commitment to fully staffing the D.C. Circuit and urge the Senate to abandon the obstruction of the past and swiftly confirm this slate of judges," he said.

The People For the American Way, a liberal progressive advocacy group, also was pleased with the nominations.

"Today's announcement is an important step toward filling the remaining vacancies on one of our nation's highest courts," Executive Vice President Marge Baker said in a statement. "These nominees all have accomplished records. They should receive prompt hearings and votes in the full Senate without delay."

Baker said the President's bold move -- in attempting to fill all three vacancies at once -- is a "clear statement" that he will not be "held hostage" by Senate Republicans' "relentless obstruction."

"Nearly five years after he was elected, President Obama has had only one nominee confirmed to the D.C. Circuit, but Republicans are insisting that fulfilling his constitutional obligation to nominate individuals to fill open seats on this court is somehow 'court packing.' That's ridiculous," she said.

"Republican Senators should stop playing political games with the courts and end their mindless obstruction of President Obama's nominees."

Baker is referring to U.S. Sen. Chuck Grassley, R-Iowa and ranking member of the Senate Judiciary Committee, who issued a statement Monday in response to reports that Obama would be nominating three to the D.C. Circuit this week.

"It's hard to imagine the rationale for nominating three judges at once for this court given the many vacant emergency seats across the country, unless your goal is to pack the court to advance a certain policy agenda," he said.

"No matter how you slice it, the D.C. Circuit ranks last or almost last in nearly every category that measures workload. There were nearly 200 fewer appeals filed in the D.C. Circuit in 2012 than in 2005. In fact, the amount of cases that each active judge handles is nearly the same, despite having two fewer judges, in that same time frame.

"It's hard to imagine any reason for three more judges, no matter who nominates them."

In April -- during Srinivasan's confirmation hearing -- Grassley announced his plans to introduce the Court Efficiency Act.

The legislation would reduce the number of judgeships on the D.C. Circuit from 11 to eight.

It also would add a seat to the Second and Eleventh circuits.

He contends the legislation is an "efficient allocation of resources" and would save taxpayer dollars.

Various groups, including the non-partisan Justice at Stake, oppose Grassley's efforts to shrink the size of the D.C. Circuit.