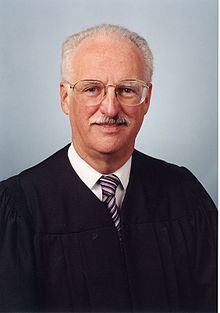 WASHINGTON (Legal Newsline) -- A three-judge panel of the U.S. Court of Appeals for the District of Columbia Circuit last week sent a lawsuit brought by federal contractors over their right to make campaign donations back to a federal court.

The panel -- Judges Douglas Ginsburg, Karen LeCraft Henderson and Thomas B. Griffith -- ruled in Wendy E. Wagner v. Federal Election Commission that under the Federal Election Campaign Act, the merits of such disputes can only be considered by an en banc, or full, appellate panel.

FECA prohibits any "person" contracting with the federal government from contributing to "any political party, committee, or candidate for public office or to any person for any political purpose or use" in a federal election.

The panel vacated the judgment of the U.S. District Court for the District of Columbia and remanded the case back to the lower federal court to make appropriate findings of fact and to certify them, along with the constitutional questions, to the en banc court within five days of Friday's opinion.

In this case, federal contractors Wendy Wagner, Lawrence Brown and Jan Miller seek a declaration that FECA abridges their freedom of speech guaranteed by the First Amendment and denies them the equal protection of the laws in violation of the Fifth Amendment.

Shortly after filing their complaint in 2011, the contractors moved the district court to first find certain facts and then to certify the case to the en banc Court of Appeals. The FEC opposed the motion on the ground that certification was premature.

The contractors subsequently amended their complaint to invoke only the district court's federal question jurisdiction and also moved for a preliminary injunction.

The district court denied their preliminary injunction motion, concluding that they were unlikely to succeed on the merits of their constitutional claims.

After additional discovery, the court granted summary judgment to the FEC.

On appeal, the contractors asserted -- and the FEC did not contest -- that a three-judge panel of the D.C. Circuit has jurisdiction to hear their constitutional challenges.

Noting the potential jurisdictional "infirmity," the panel then ordered the parties to submit supplemental briefs addressing whether FECA vests exclusive jurisdiction over the contractors' constitutional claims in the en banc Court of Appeals.

Both parties argued in their briefs that the act does not confer exclusive jurisdiction on the en banc court.

"We must nonetheless assure ourselves of both the district court's and our own jurisdiction whether or not the parties challenge it," the panel wrote in its 19-page ruling.

"We recognize that by remanding for the district court to comply with the expedited review provision, we risk further prolonging this litigation. But even if we believed that the American citizenry's interest in expedient resolution of constitutional challenges to FECA were best served by addressing the merits, we are without authority to do so."

The panel explained that Congress decided that challenges to FECA's constitutionality belong in the en banc courts of appeals "to the exclusion of all other tribunals."

"Although we may review the district court's error in failing to certify the constitutional questions to the en banc court, the merits of Appellants' constitutional challenges are beyond our reach," the panel wrote in its per curiam opinion.