AGs concerned about language in pending $7.25B Visa, Mastercard settlement 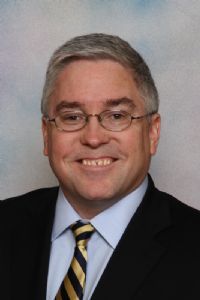 BROOKLYN, N.Y. (Legal Newsline) -- The attorneys general of 48 states and the District of Columbia, in an amicus brief filed in a federal court last week, said they are concerned about a pending $7.25 billion class-action settlement involving MasterCard and VISA payment networks.

The 31-page statement of objections was filed in the U.S. District Court for the Eastern District of New York Tuesday.

In their brief, the attorneys general argue that the language in the settlement -- as it is currently written -- may release or interfere with their states' rights to bring antitrust cases on behalf of consumers.

The proposed settlement was announced last summer, and it was preliminarily approved by the federal court in November.

The states filed their brief at the deadline set by the court for formal objections.

"This settlement could set a dangerous precedent of private parties using a lawsuit to insulate themselves from future efforts by my office to enforce state and federal antitrust laws on behalf of West Virginians who may have been harmed," West Virginia Attorney General Patrick Morrisey said in a statement Thursday.

The states, which are not parties to the suit, are concerned that the proposed settlement seeks to release "parens patriae" powers and other claims that belong exclusively to the states.

"Parens patriae" refers to a circumstance in which a state sues on behalf of its people to protect their physical and economic well-being.

The attorneys general assert that because these claims and remedies are not available to the private merchants that filed the class action, they cannot be released in the settlement.

"Defendants are not entitled to, and Class Plaintiffs cannot provide, a release encompassing state law enforcement or parens patriae claims," they wrote.

"All references to parens patriae, and to fines and civil or other penalties, must be deleted from the release language, and the Settlement Agreement should state expressly that no state or local governmental entity or official (including state attorneys general) that acts in a law enforcement or parens patriae capacity is a Settlement Class Releasing Party."

The states said they have alerted the settling parties, met with the defense counsel and communicated with all parties' counsel on "several occasions" about the issue.

However, because they are "unwilling" to modify the release language in the agreement to exclude the parens patriae references, they were forced to submit their brief.

The attorneys general said they are continuing discussions with the parties in an attempt to resolve the matter without court intervention.

The federal court is not expected to consider final approval of the settlement agreement until September.