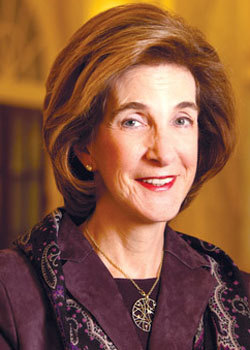 The commission, in a notice Thursday, said Oberly, appointed to the court by former President George W. Bush in 2009, will retire effective Nov. 1.

Oberly's seat is the only pending vacancy on the nine-member court.

As the highest court for the District, the Court of Appeals is authorized to review all final orders, judgments and specified interlocutory orders of the District of Columbia Superior Court.

The court also has jurisdiction to review decisions of administrative agencies, boards and commissions of the District government, as well as to answer questions of law certified by federal and state appellate courts.

The seven-member nomination commission currently is accepting applications to fill Oberly's spot, and will recommend three candidates to President Barack Obama for consideration. His nominee will head to the U.S. Senate for a confirmation hearing and, eventually, a vote.

According to The BLT: The Blog of Legal Times, Oberly, 63, had not asked for appointment as a senior judge as of Friday.

However, she can make that request up to a year after stepping down.

"Judge Oberly's retirement is a significant loss to the D.C. Court of Appeals and to the citizens of the District of Columbia," Sullivan told BLT in an email.

"I have a very high regard for Judge Oberly and wish her the very best in any future endeavors."