U.S. SC: N.H. man can proceed with lawsuit against towing company that traded away his car 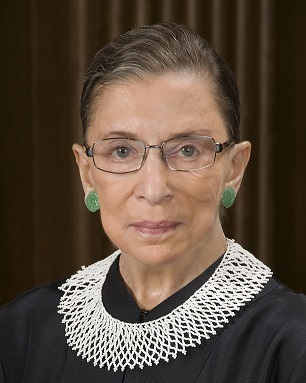 WASHINGTON (Legal Newsline) -- The U.S. Supreme Court ruled Monday that a New Hampshire man can sue a towing company for trading away his towed car without notifying him or compensating him.

The court, in its unanimous opinion, sided with plaintiff Robert Pelkey.

Pelkey sued Dan's City Used Cars in New Hampshire Superior Court, alleging that the company took custody of his car after towing it from his landlord's parking lot without Pelkey's knowledge, failed to notify him of its plan to auction the car, held an auction despite his notice that he wanted to reclaim the car, and eventually traded the car away without compensating him for the loss of the vehicle.

Pelkey alleged that in disposing of his car, the towing company did not meet the requirements contained in chapter 262 of the New Hampshire Revised Statutes Annotated, which regulates the disposal of abandoned vehicles by a "storage company."

Dan's City's misconduct, Pelkey charged, both violated New Hampshire's Consumer Protection Act and breached the towing company's statutory and common-law duties as a bailee to use reasonable care while in possession of a bailor's property.

The FAAAA preempts state laws "related to a price, route, or service of any motor carrier... with respect to the transportation of property."

The provision borrows from the Airline Deregulation Act of 1978, which preempts state laws "related to a price, route, or service of an air carrier, with respect to transportation of property."

The New Hampshire Supreme Court reversed the superior court's decision. It held the FAAAA's preemption clause inapplicable because Pelkey's claims related to Dan's City's conduct in disposing of his car post-storage, not to conduct concerning "the transportation of property," or the towing company's "service."

In Pelkey's case, his landlord required tenants to remove their cars from the parking lot in the event of a snowstorm, making snow removal easier.

Pelkey's 2004 Honda Civic remained in the lot during and after a February 2007 snowstorm.

At the landlord's request, Dan's City towed and stored the vehicle.

Pelkey did not know his car had been towed.

Soon after its removal Pelkey had been admitted to the hospital for a procedure to amputate his left foot, during which he suffered a heart attack. He remained in the hospital until his discharge on April 9, 2007.

Unaware of Pelkey's identity or illness, the towing company sought permission from the state Department of Public Safety to sell the Honda at auction without notice.

In response, the department identified Pelkey as the last known owner of the vehicle.

Dan's City wrote to Pelkey, notifying him that it had towed and was storing his car.

When the post office returned the letter, checking the box "moved, left no address," Dan's City scheduled an auction for April 19, 2007.

In the days following Pelkey's discharge from the hospital, his attorney learned from counsel for the apartment complex that the car had been towed by Dan's City and was scheduled to be sold at public auction.

On April 17, 2007, Pelkey's attorney informed Dan's City that Pelkey wanted to pay any charges owed and reclaim his vehicle.

The towing company proceeded with the auction anyway.

Attracting no bidders, Dan's City later disposed of the car by trading it to a third party. Pelkey was not notified in advance of the trade, and has received no proceeds from the sale.

The nation's high court, in its 13-page opinion, said federal law does not preempt state-law claims for damages stemming from the storage and disposal of a towed vehicle.

"We hold, in accord with the New Hampshire Supreme Court, that state-law claims stemming from the storage and disposal of a car, once towing has ended, are not sufficiently connected to a motor carrier's service with respect to the transportation of property to warrant preemption under §14501(c)(1)," Justice Ruth Bader Ginsburg wrote for the court.

"The New Hampshire law in point regulates no towing services, no carriage of property. Instead, it trains on custodians of stored vehicles seeking to sell them.

"Congress did not displace the State's regulation of that activity by any federal prescription."