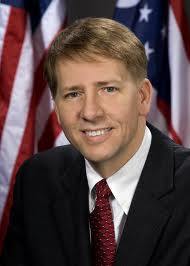 Often, consumers would fall deeper into debt while harming their credit history due to these illegal fees and the companies' failure to provide effective services, according to the CFPB.

Allegedly, Mission and its principal, Michael Levitis, engaged in deceptive and unfair practices in violation of the Dodd-Frank Wall Street Reform and Consumer Protection Act. Additionally, all of the defendants violated the Federal Trade Commission's Telemarketing Sales Rule, according to the complaint.

In total the defendants profited more than $1.3 million from over a thousand consumers in multiple states, the complaint says.

The investigation started in July. The CFPB is seeking to stop the companies' activities, apply penalties and earn relief for victims.

"Consumers deserve better and we are proud of this coordinated effort with the Department of Justice and U.S. Attorney Preet Bharara to crack down on harmful behavior."

Criminal conduct evidence was referred to the U.S. Attorney for the Southern District of New York. Under the Dodd-Frank Act, the CFPB is required to denote criminal activity to the Department of Justice.

This action is part of the CFPB's comprehensive effort to prevent consumer harm in the debt-relief industry and to ensure federal consumer laws are being followed at every stage of the process.

Want to get notified whenever we write about U.S. Attorney for the Southern District of New York ?

Sign-up Next time we write about U.S. Attorney for the Southern District of New York, we'll email you a link to the story. You may edit your settings or unsubscribe at any time.

U.S. Attorney for the Southern District of New York