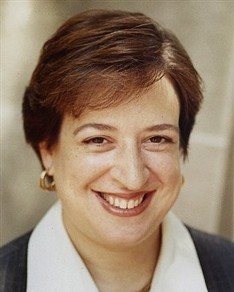 The unanimous court ruled that a farmer who bought patented seeds cannot reproduce them through planting, and harvest them, without the patent holder's permission.

Indiana soybean farmer Vernon Hugh Bowman, who is at the center of the dispute, argued he legally purchased seeds at a grain elevator, which bought them from farmers who had, with Monsanto's authorization, used the genetically modified Monsanto seeds to grow their soybean crops.

Bowman asserted that Monsanto's sales of the original seeds to authorized purchasers exhausted the company's patent rights and therefore it could not enforce its patents against second-generation and later seeds that resulted from planting the original seeds.

Monsanto claimed that Bowman infringed its patents on herbicide-resistant plants and seeds by using the grain elevator seeds to grow his soybean crops.

In 2007, the company sued Bowman to stop him from using and selling the soybean seeds.

In a statement late Monday, Monsanto said the nation's high court affirmed the basic purpose of the U.S. patent system -- providing an incentive to innovate by providing inventors a meaningful opportunity to recover costs on their research and development investments.

The company said the ruling also reflects the court's "sensitivity" to the importance of patent protection not only for agriculture companies such as Monsanto, but also for the basic incentive structure the patent system provides for innovation.

"The court's ruling today ensures that longstanding principles of patent law apply to breakthrough 21st Century technologies that are central to meeting the growing demands of our planet and its people," said David F. Snively, executive vice president, secretary and general counsel of Monsanto.

"The ruling also provides assurance to all inventors throughout the public and private sectors that they can and should continue to invest in innovation that feeds people, improves lives, creates jobs and allows America to keep its competitive edge."

But some farmers groups don't see it that way.

In its own statement late Monday, Food Democracy Now! slammed the court's decision, accusing the justices of being complicit in the "corporate takeover" of the nation's food supply.

"Today, the U.S. Supreme Court unanimously affirmed the corporate takeover of our food supply, in a huge win for Monsanto, and a major loss for America's farmers and consumers," Executive Director Dave Murphy said.

"Monsanto has long engaged in an effort to subvert family farmers that do not use their genetically-engineered seeds and the court has now handed corporations even more control over what our families eat."

The group said the court's decision to give Monsanto the power to control the future harvest of the country's family farmers and its food supply is "deeply troubling, immoral and a very bad sign for the future of our nation's food supply."

Currently, Food Democracy Now! is a co-plaintiff in a separate lawsuit in the U.S. District Court of Appeals for the Federal Circuit, Organic Seed Associations et Al. v Monsanto.